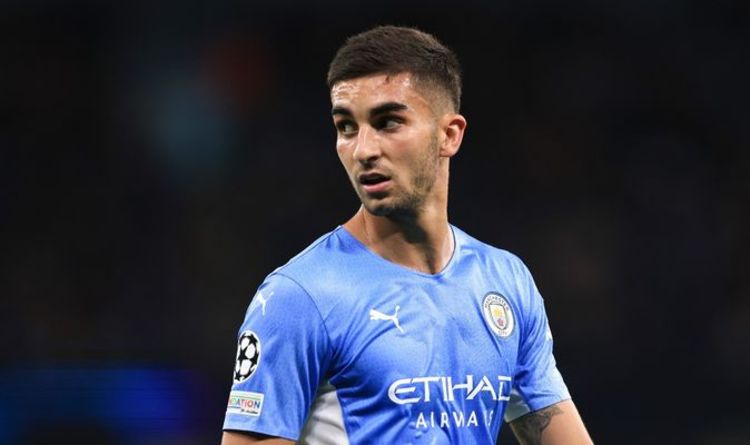 Ferran Torres has reportedly rocked Manchester City by handing in a transfer request as it emerges that Barcelona are keen on bringing him back to Spain. The 21-year-old has been targeted by the La Liga giants as their new coach Xavi Hernandez targets a rebuild at Camp Nou following a poor start to the season.

Mundo Deportivo report the attacker has personally spoken to Pep Guardiola asking if he can leave the club after learning of Barcelona’s interest, and the report claims he has the Catalan coach’s blessing if the two clubs can agree on a fee.

Torres has impressed since arriving for £20m from Valencia in August 2020, scoring 16 goals in 43 appearances for Man City after finding his role as a central striker to replace Sergio Aguero.

But he has been sidelined since October with a foot injury sustained on international duty with Spain and could be out for the rest of the year, meaning he could have already played his final game for the club.

With Guardiola accepting his request to leave, the 50-year-old must now go about finding a replacement for the Spaniard.

Express Sport have highlighted four possible replacements for Torres, should Barca firm up their interest with a January bid.

One thing that Man City have and Barcelona don’t right now is a seemingly endless supply of disposable income, meaning they could price the Blaugrana out of a move for Torres if they ask for around £40m for the forward.

But in Dembele, Xavi may feel he has an option to tempt City into a swap deal. The 24-year-old has been hampered by injury since his £107m move to Spain in 2017 and has only made 120 appearances, scoring 30 goals in that time.

He is yet to make a La Liga appearance for Barca this season after falling down the pecking order in recent months and may welcome the opportunity for a fresh start.

It is believed Man City turned down the opportunity to sign the France international over the summer, but could reconsider now that Torres has apparently made his intentions to leave clear.

Ousmane Dembele; Barcelona may decide to use the Frenchman in a swap deal (Image: NurPhoto)Erling Haaland: The Norwegian averages a goal a game for Borussia Dortmund (Image: DeFodi Images)Harry Kane: The Spurs star was targeted by Pep Guardiola over the summer (Image: Getty Images/Tottenham Hotspur FC)

Kane wants to win trophies and he may feel Antonio Conte’s recent appointment is his best chance of doing so at Spurs. But with City, there is no doubt he could add some silverware to his cabinet — Guardiola’s men have won three of the last four league titles.

Still, the England international has displayed signs of decline in terms of his natural fitness and form after an exhausting season, scoring just two goals this season from 15 appearances.

With that in mind, it is difficult to picture a scenario where City fork out a £120m fee to meet Tottenham’s asking price. But selling Torres would go some way to funding that, should Guardiola still want to add Kane to his side.

There could be several clubs vying for Dusan Vlahovic’s signature in January and reports have suggested Man City may be committed to putting their hat in the ring.

Dusan Vlahovic: The Fiorentina striker has 10 goals in Serie A this season (Image: LightRocket)

The 22-year-old has been on the radar of several top European sides after following up his 21 goals in 2020-21 with 10 so far this season for Fiorentina.

The Serie A outfit have failed to agree terms on a new contract with their prized asset and the Serbia international looks set to leave at the next available opportunity with only 18 months left on his deal.

Guardiola does not typically favour towering strikers to lead the line of his City side as it affects the fluidity of his attackers Phil Foden, Jack Grealish and Gabriel Jesus.

But Vlahovic may be worth taking a risk on, given his goalscoring record in Italy and relatively low fee with the Viola reluctantly set to accept offers of around £50m for the striker in January.