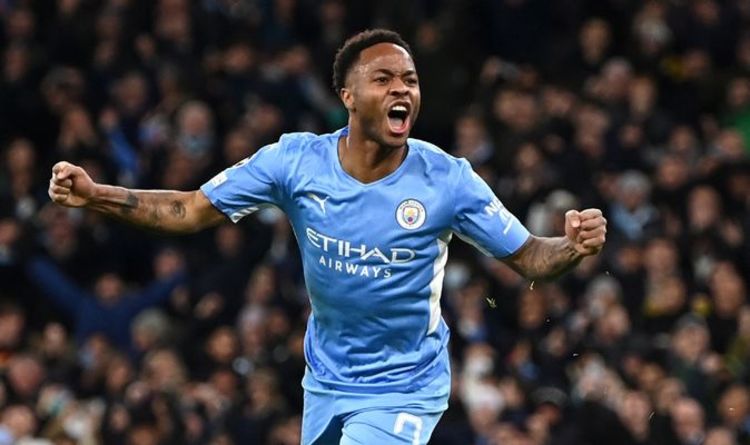 Pep Guardiola has a whole host of attacking talent at his disposal at Manchester City. Up until recently, the Spaniard has been able to rotate those players and keep everyone happy. However, the lack of gametime has taken its toll on Raheem Sterling, which has captured the interest of Barcelona.

City have the strongest team in the Premier League and have done for several seasons now, and the acquisition of winger Jack Grealish for £100million from Aston Villa only strengthened their ranks.

The arrival of the most expensive English signing in football history has only rocked the applecart for Sterling, who is tempted by the prospect of more minutes elsewhere.

Liverpool were linked with the England international, who was keen to work under Jurgen Klopp, but City were reportedly unwilling to strengthen a title rival.

Spanish giants Barca have been keeping tabs on the 26-year-old, and they appear to have stepped up their interest in the forward.

Sterling scored in the Champions League this week (Image: Getty)

According to the Spanish radio station Radio Barcelona, as cited by Mundo Deportivo, Barcelona chief Mateu Alemany has travelled to Manchester to hold talks with City about the availability of Sterling.

They ‘want to know what the chance are’ of the deal going ahead and want to get a feel of what type of deal they may be able to complete.

Although somewhat aided by the departures of Lionel Messi and Antoine Griezmann in the summer, Barca are still in a poor situation financially.

Thus, completing a permanent transfer in January could prove tricky and an initial loan move would benefit the Camp Nou outfit.