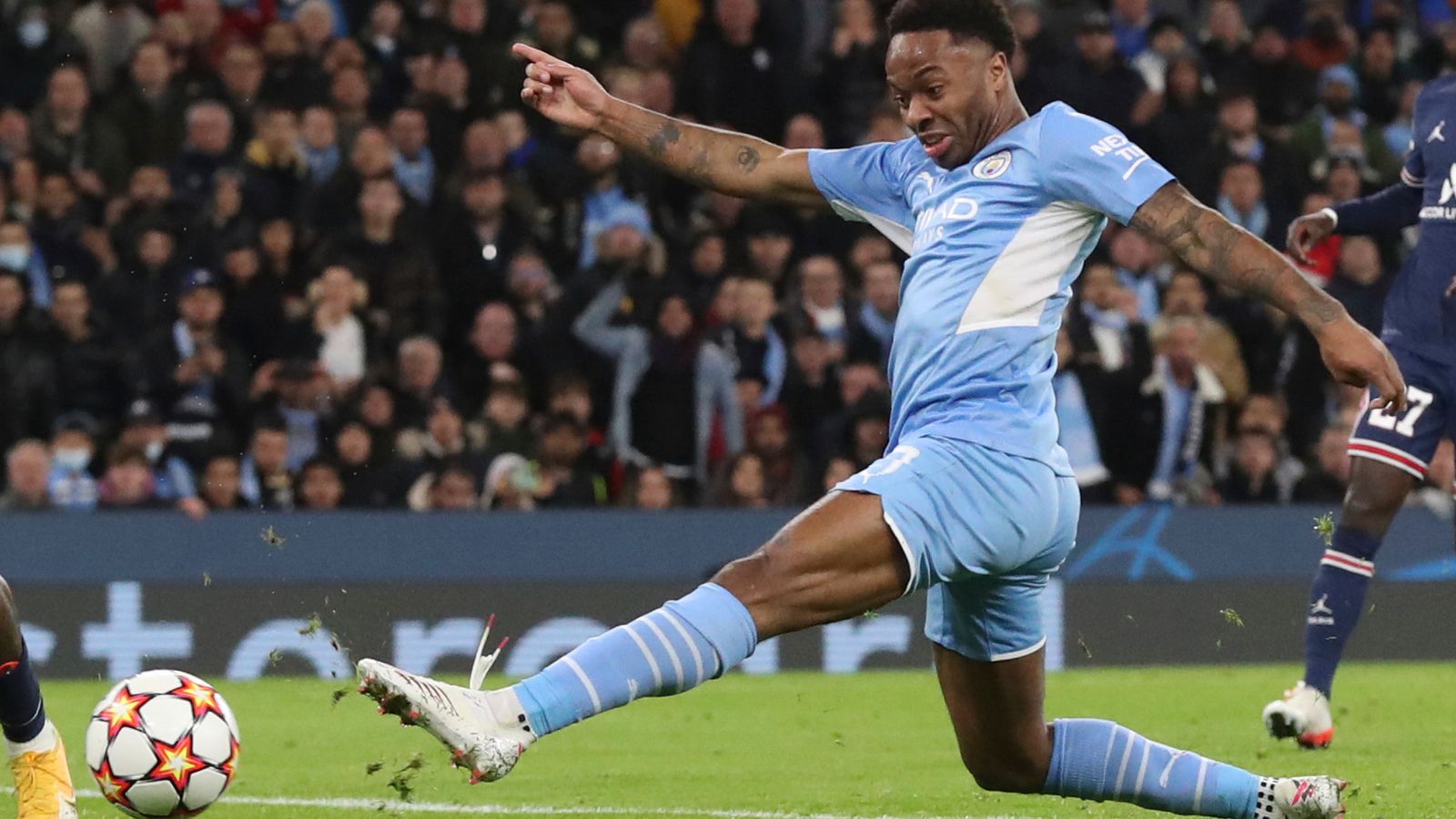 After an indifferent start to the season, the England international has scored in each of City's last three games, including the crucial equaliser in Wednesday's Champions League win over Paris St Germain.

The 26-year-old lost his spot as a regular starter in Guardiola's City side towards the end of last season and, with just 18 months remaining on his contract, there has been speculation over his future.

Sterling even fuelled that himself by saying he would be "open" to a move abroad but, given a chance to return to the side after injuries to others, he has taken advantage.

Guardiola now hopes the player can build on this and get back to his very best.

The City manager said: "I'm so glad for him, he's helped us for sure. He will fight to be better and better.

"It is important for strikers and wingers to score and make assists. He was decisive and decisive in what we've done in recent years.

"Scoring goals can give confidence for these type of guys but he has to do better, be aggressive, go one against one, arrive in the final third. This is the first step for him to come back.

"The attitude has always been good and I've always said to the players, 'make demands of yourself but don't put a lot of pressure on your shoulders'.

"In a career as a player, you cannot always be 10 out of 10. You have highs and lows. The important thing is not to get that low.

"Go on the pitch when you have the opportunity to play and do your best. That's all."

Guardiola believes Sterling has benefited from stripping back his game to focus on his strengths.

He said: "When they do (lose form) they go back to the basics and they have to know that's normal.

"In this crazy calendar there is no time to rest. English players went into the final of the Euros and then two or three weeks later they come back and it's the Community Shield, then Tottenham.

"You cannot imagine how difficult that is, especially for the talented players. Every three days they have to be creative.

Image: Sterling had been left frustrated by his lack of game time in recent months

"Sometimes to help the team the basics is enough. After that the confidence comes back and the team are winning.

"I'm not going to tell Raheem he doesn't have the quality he had in the last six years. He's the same guy. Come back to the basics and step by step he will come back."

Sterling is likely to be involved again as West Ham visit the Etihad Stadium in the Premier League on Sunday.

Doubts remain over Jack Grealish and Phil Foden, who have been out with knocks, while Kevin De Bruyne is still isolating after contracting coronavirus.

Guardiola has revealed De Bruyne, who has been vaccinated, has experienced some symptoms since testing positive last week but hopes the Belgian will be able to return soon.

Guardiola said: "He's still tired and (has had) no (sense of) taste, the symptoms of Covid. He's felt it but now he's done seven or eight days (of isolation). A few more days and we will make one or two PCR tests and when it's negative he will be back."