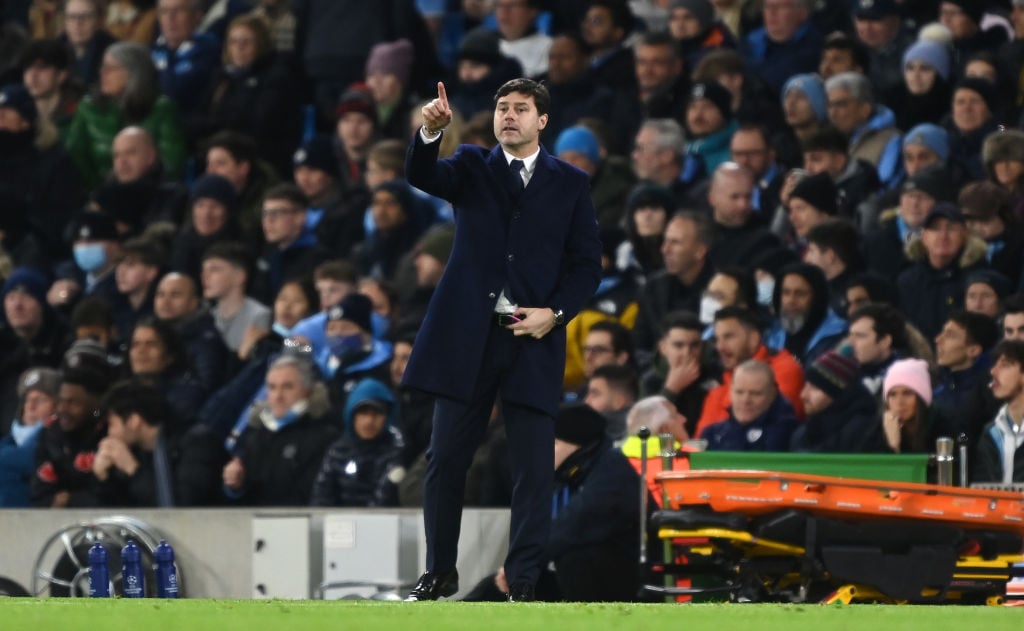 Isn’t it ironic a game against Manchester City may decide whether Manchester United appoint Mauricio Pochettino as their next manager?

The Paris Saint-Germain boss is heavily tipped to take over the Old Trafford hot seat, potentially even before the new year.

It’s a late Christmas present that would make many United supporters pop the champagne and set off the fireworks.

However, they might want to ease off the bubbly for now.

That’s not only because, as it stands, Pochettino is still stationed in Paris, but also because his side’s latest performance left a lot to be desired.

Problems for Pochettino and Manchester United

Had PSG beaten Manchester City in the Champions League last night, the Argentine’s stock would have risen dramatically and hurried United’s need to recruit him immediately.

As it played out, Pep Guardiola’s men demonstrated everything the Ligue 1 team isn’t; a cohesive, organised, efficient unit that relies on harmony over individuality.

After going behind to an admittedly slick goal from the French league leaders, City cruised to a 2-1 victory in the second half.

They were helped by an obvious lack of effort and desire by PSG’s luxury trio to defend.

Lionel Messi, Neymar and Kylian Mbappe aren’t paid the big bucks to track back in the 74th minute. Their role is to entertain, excite and, above all, win football matches.

The three certainly failed at one of their tasks yesterday, and only partially achieved the other two. This didn’t reflect well on Pochettino, who can’t rely on Messi’s ‘get out of jail free card’ whenever he likes.

This, then, certainly begs the question: would the situation be any different at Manchester United?

After all, Ole Gunnar Solskjaer has left behind a squad full of international stars. Perhaps not to the extent of PSG’s expensive ensemble of egos, but it’s not far off.

And there are definite similarities between the clubs. Cristiano Ronaldo is much like Messi in that chasing loose balls is simply not his thing.

Pochettino’s preference for high pressing certainly wouldn’t suit the Portugal captain. United and PSG are also missing a world-class holding midfielder, which could hold the key to their respective success.

Add to that they both have a defence that consistently concedes goals and struggles to keep clean sheets and the make-up is decidedly similar between the global giants.

Why would Pochettino be any better suited to the United job at a team in deeper turmoil than its French counterparts?

If the Parisians fail to beat 19th placed Saint-Etienne in their next domestic fixture, the Red Devils’ hierarchy should reconsider their managerial recruitment plan. He might be on the market, however.

In other news, ‘I feel like I’m…’: £14k-a-week Celtic ace issues five-year verdict after Postecoglou impact