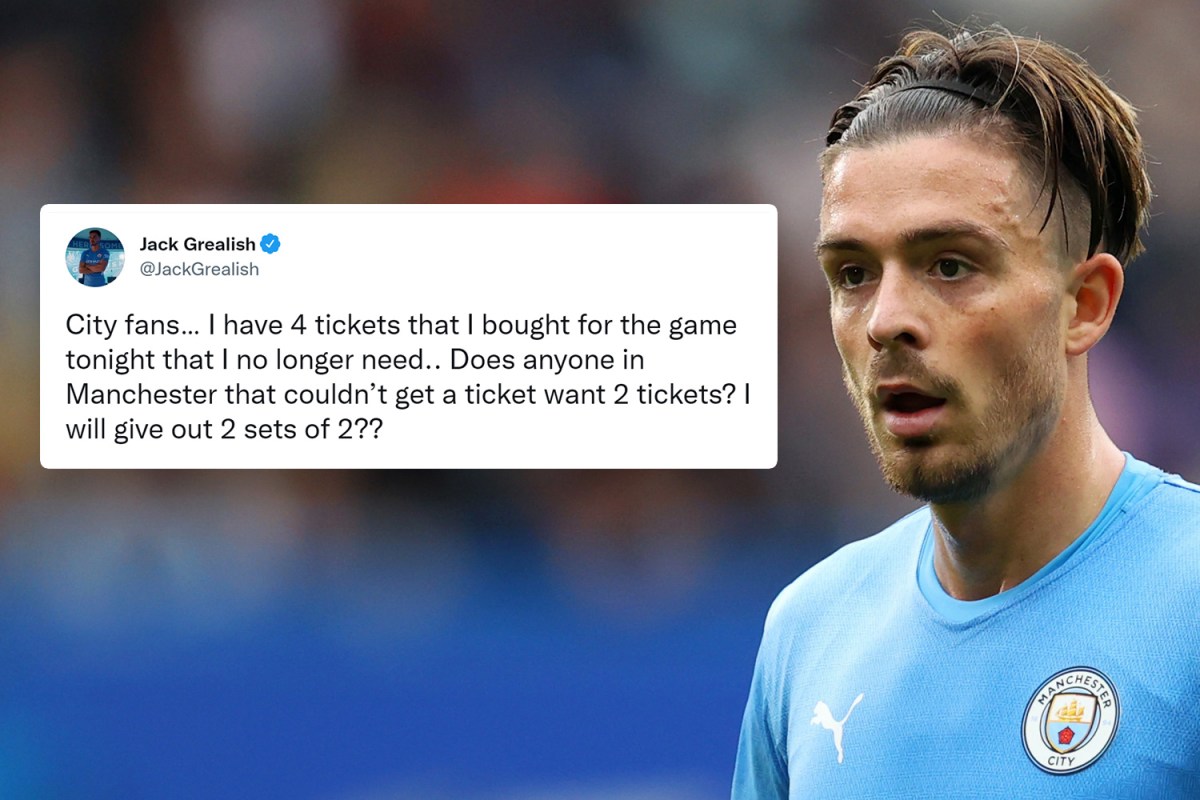 The £100million summer signing from Aston Villa is currently sidelined through injury and missed the 2-1 win at the Etihad.

The £100m star sent out this tweet before tonight's game

That forced him to watch the weekend’s Premier League win over Everton from the stands.

Grealish, 26, is doing the same for the Champions League showdown with PSG this evening.

However, he took to Twitter just hours before the mouthwatering contest to offer two pairs of tickets for the big match to City supporters.

He tweeted: “City fans… I have 4 tickets that I bought for the game tonight that I no longer need.. Does anyone in Manchester that couldn’t get a ticket want 2 tickets? I will give out 2 sets of 2??”

The England international and his girlfriend Sasha Attwood are house-hunting in leafy Cheshire after a turbulent few weeks.

The couple have held crisis talks about their relationship after The Sun revealed that he’s enjoyed secret dates with telly star Emily Atack, 31, and 24-year-old Love Island winner Amber Gill.

They’ve been staying in a Manchester city centre hotel for weeks since fans made privacy impossible by turning up at all hours outside their luxury penthouse building asking for snaps and autographs.

Now the pair want to find a family home in Alderley Edge or Prestbury, two sought after areas that are popular with star footballers.

Things seem to be back on track between the pair though, with Sasha setting tongues wagging in an Instagram video earlier this week in which she wore a sparkler on her ring finger.

Last week it was revealed Jack's already tangled love life became even more complicated when he was linked with Love Island's Amber.

Jack and Sasha first met as teenagers at school in Solihull, West Midlands and have dated on-and-off for a decade.