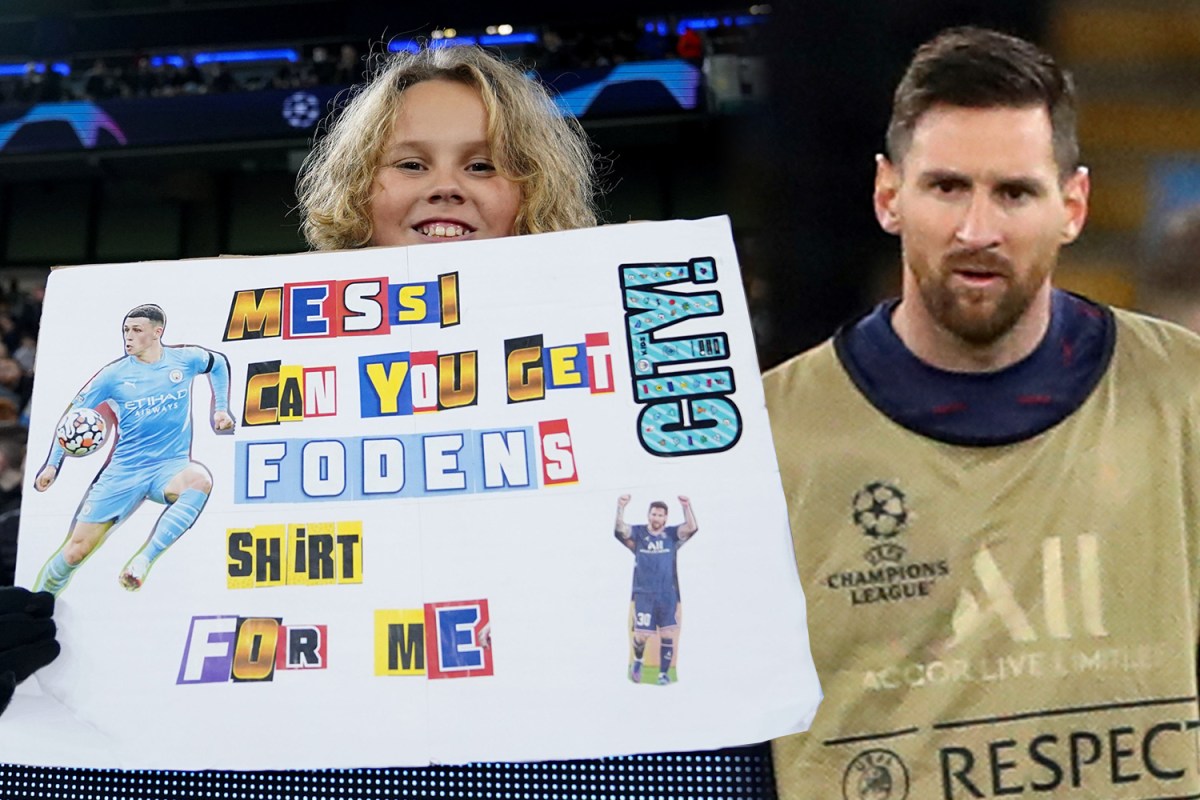 PHIL FODEN is hunting for a young fan who trolled Lionel Messi by asking him to fetch the Manchester City sensation's shirt.

Homemade banners asking players for their kits has become the new normal in football.

A young fan's hilarious sign read: 'Messi can you get Foden's shirt for me'Credit: PA

Messi is one of the greatest football players ever but got trolled by a young Man City fanCredit: GETTY IMAGES

But one City-supporting kid caused a stir on social media after he had the cheek to ask Paris Saint-Germain superstar Messi to 'get Phil Foden's shirt for me'.

But the England man, 21, was clearly flattered as he put out a plea on Twitter to find his young fan after game.

He wrote, with a laughing emoji: "Thanks for the support.. does anyone know this young fan??"

Jack Grealish was also missing from Pep Guardiola's squad after returning from the international break with a knock.

But it mattered not as City came from behind to record an impressive win at the Etihad.

WELCOME to the downtime goldmine

And six-time Ballon d'Or winner Messi endured a miserable night as he barely had a kick against the club he could have joined a season ago.

Kylian Mbappe opened the scoring for the visitors in a thrilling encounter.

But Raheem Sterling poked home from close range to equalise before Bernardo Silva cut back for Gabriel Jesus to score the winner.

Both sides were already into the knockout stages before the game, but City secured top spot and - in theory - an easier draw for the next round.