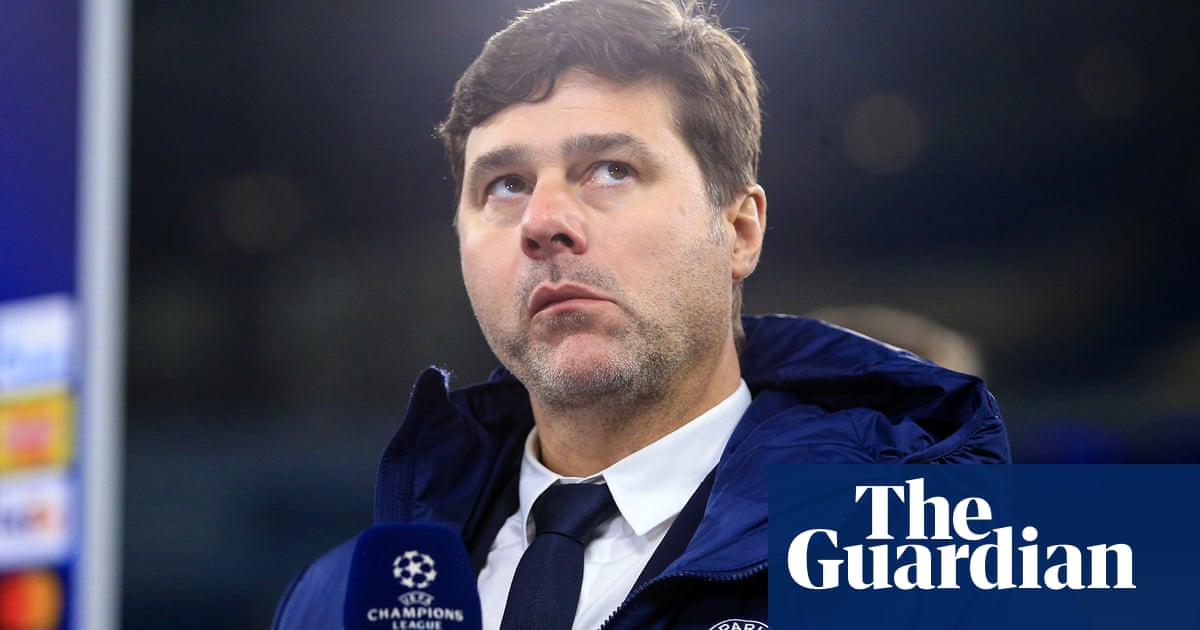 Mauricio Pochettino refused to blame the sideshow of his managerial future for Paris Saint-Germain’s 2-1 Champions League defeat at Manchester City.

The Argentinian is wanted by Manchester United as the successor to Ole Gunnar Solskjær but his team were poor on the other side of town, falling to Gabriel Jesus’s 76th‑minute winner. Raheem Sterling had earlier cancelled out Kylian Mbappé’s opener.

Pochettino had gone through his usual routine about rumours at the pre-match press conference on Tuesday, professing happiness in his current job while denying no reports and leaving ajar the door to United. He warmed to a similar theme here. PSG’s position at the moment is that Pochettino is going nowhere during the season.

“The players know very well our situation,” Pochettino said, when asked whether he had needed to reassure them over his commitment to PSG. “We know their situation. We are living in a business that rumours are there, sometimes negative, sometimes positive. That is not a thing to talk about – the rumours.”

Pep Guardiola saluted his players for the comeback win and the way they adjusted to the loss of Phil Foden through injury on the eve of the tie. Oleksandr Zinchenko came into the team in midfield as City got the result they needed to secure qualification to the last 16 as group winners.

“It is a good lesson,” Guardiola said. “When you are losing you have to continue. We knew a draw was a good result for us but we won.

“We are the last five or six years, reaching the last 16, so we are top of the group and I am more than satisfied.

“Results can be random, it’s how you perform. The way we are performing is really good. People are enjoying watching us and hopefully we can sustain it as long as possible – get players back and we can do it.

“We need to improve in all aspects, all the areas, although we have improved from the start of the season. The team are better than a month ago and they are much better than two months ago. Little by little, step by step.”