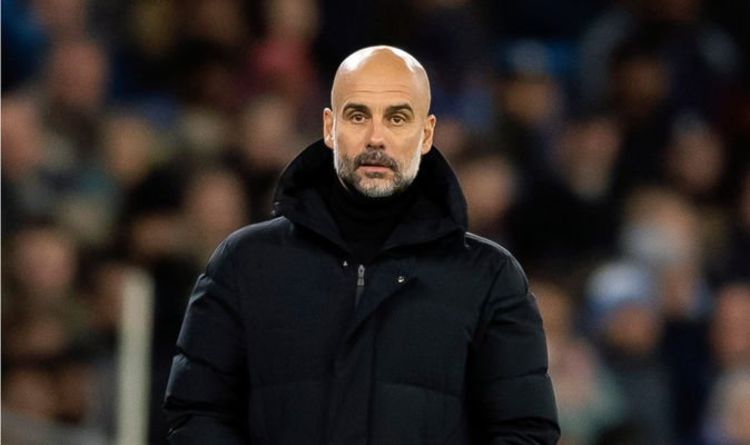 Manchester City boss Pep Guardiola has issued a follow-up statement to the club's fans after his rallying cry for more support caused upset after their game against RB Leipzig. Wednesday's crunch tie with PSG was played in front of a raucous Etihad Stadium, and those in attendance were promptly rewarded with the quality of football on display.

City put on a superb showing during the first half, although they had to wait until after the break to be rewarded for their dominance.

PSG instead opened the scoring through Kylian Mbappe, which was a clear sign of their constant danger on the counter-attack.

But the Sky Blues fought back, and Raheem Sterling poked home after the hour mark before Gabriel Jesus scored the winner with 15 minutes to go.

The Etihad was bouncing on Wednesday evening as they saw their side fight back to claim an impressive victory which guarantees that they top Group A, and Guardiola was in a buoyant mood after the final whistle for multiple reasons.

JUST IN: Chelsea may have stumbled upon accidental solution to Ben Chilwell injury nightmare

Pep Guardiola was in good spirits after his side's victory over PSG (Image: GETTY)

"We thank our people for coming out and supporting us. It was a lovely night for us.

"Always, we try. They fought a lot because they demand a lot of effort defensively because of the quality they have with short passes. We are already qualified but today we did a good game against a top side.

"It is a good lesson. When you are losing you have to continue. We knew a draw was a good result for us, but we won."

"It was frustrating in the first half as it felt like we were controlling the game. We were pressing high, winning the ball and having possession but we weren't scoring.

"After conceding the team had a great reaction. You are never safe. You give space to Messi, Neymar, Mbappe they can create chances."