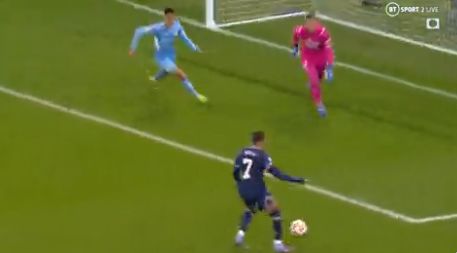 Paris Saint-Germain have been on the ropes for the entirety of the game, but a quick interchange between Lionel Messi and Neymar gave Messi the space he needed to pick out a pass to Mbappe at the far post to rifle home between Ederson’s legs.

You can watch the full video below.

Messi and Neymar involved as PSG work it up the pitch…

Kylian Mbappe buries it to give PSG the lead away to City!#UCL pic.twitter.com/WU6mxWSJ2p

The game between the two Middle Eastern backed clubs could be pivotal in deciding who will be the winner of Group A, and subsequently a seeded position in the last 16 draw of the Champions League.