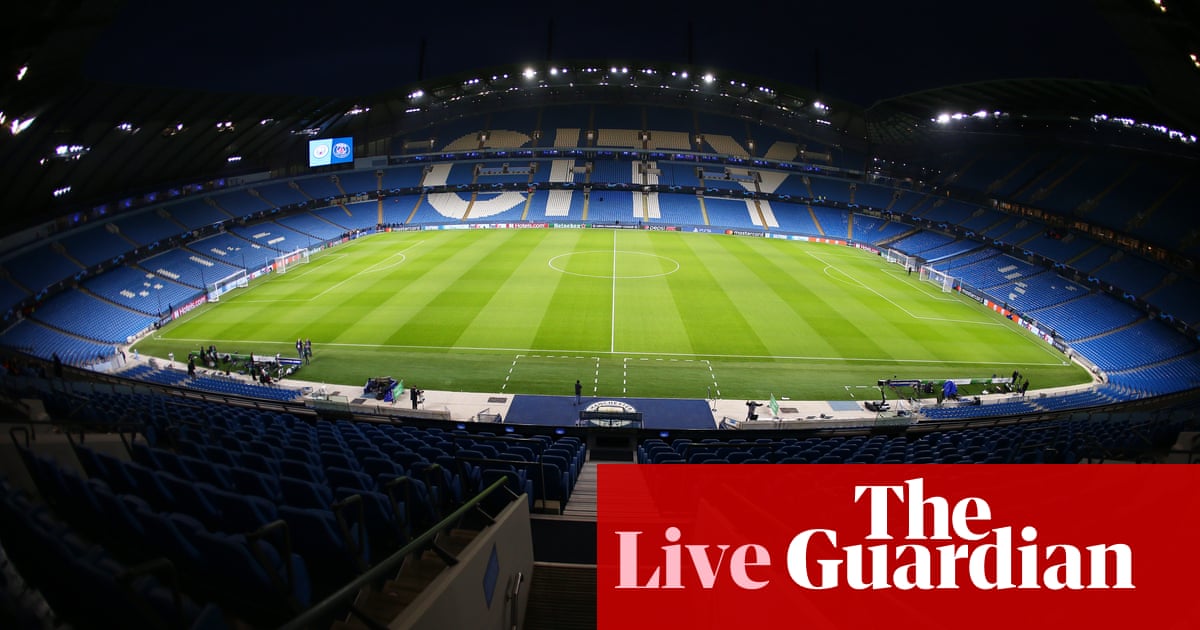 How things stand in Group A

Manchester City will win Group A if they beat PSG tonight. They will qualify for the knockout stages if they avoid deat, or if Club Brugge fail to beat RB Leipzig.

PSG will qualify for the knockout stages if they beat Manchester City, or if they draw and Club Brugge fail to beat RB Leipzig. PSG will also advance if they lose, as long as Club Brugge are beaten too.

Defeat for Club Brugge will end their hopes of qualifying for the knockout stages, while a draw wouldn’t be enough to keep them on course either unless PSG lose to Manchester City. They can guarantee themselves the consolation of third place in the group and a berth in the Europa League knockout stages if they draw with RB Leipzig and PSG avoid defeat at the hands of City.

RB Leipzig can’t qualify for the knockout stages of the Champions League but will remain on course for a Europa League spot if they beat Club Brugge.

Confused by tonight’s permutations? You should be. Photograph: Virojt Changyencham/Getty Images

Daniele Orsato leads an all Italian team of match officials at the Etihad. Photograph: Cucco Ricucchi/LiveMedia/REX/Shutterstock