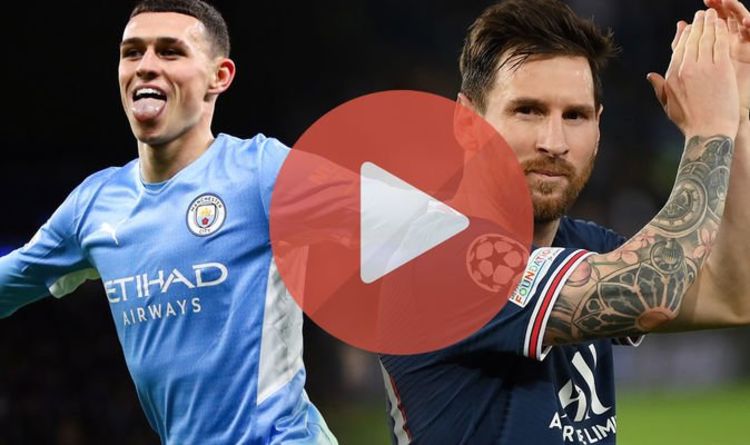 Manchester City will be facing off against PSG at the Etihad tonight, in a battle between two of the wealthiest clubs in the world. The star-studded game looks set to feature world class players like the legendary Lionel Messi, young superstar Kylian Mbappe, England midfield dynamo Phil Foden and record City signing Jack Grealish. If you want to tune in to the huge Champions League game today, then you'll need access to BT Sport who have exclusive rights to all UCL matches. You can check out the best deals below.

Ramos was one of the big name signings for the Ligue 1 giants this summer, along with Messi, Gianluigi Donnarumma, Georginio Wijnaldum and Achraf Hakimi.

But the 35-year-old, four-time Champions League winner - who has been hit with injury issues - has not played for the Parisiens since leaving Madrid.

Elsewhere, City - who will move into the UCL knockout stage if they avoid defeat at home tonight - will be without star midfielder Kevin de Bruyne, who has been ruled out after testing positive for coronavirus.

Pep Guardiola's side will also check on Grealish before tonight's huge match.

BT Sport will be showing all the action live from the Etihad Stadium tonight. The Champions League clash will be broadcast on BT Sport 2 (Sky 414, Sky HD 871, Virgin 528, BT TV 431). Pre-match build-up begins at 7pm and kick-off is set for 8pm.

It's worth noting that those who are away on holiday and trying to watch outside of the UK won't be able to use BT due to geo-location restrictions.

If you have a BT TV subscription this problem can be easily fixed by using a recommended VPN (Virtual Private Network).

Alternatively, for Black Friday 2021 you can also get access to all the BT Sport channels, plus fibre broadband for just £7.50 a month right now.

This promotional price runs for three months, after which you'll pay £47.99 a month for the remainder of the 24 month contract. You'll also get three months of fibre broadband thrown in entirely for free.

The deal offers BT customers a sizeable saving of over £120, and is a great way to save on the price of admission to the huge selection of exclusive UCL games BT Sport shows.