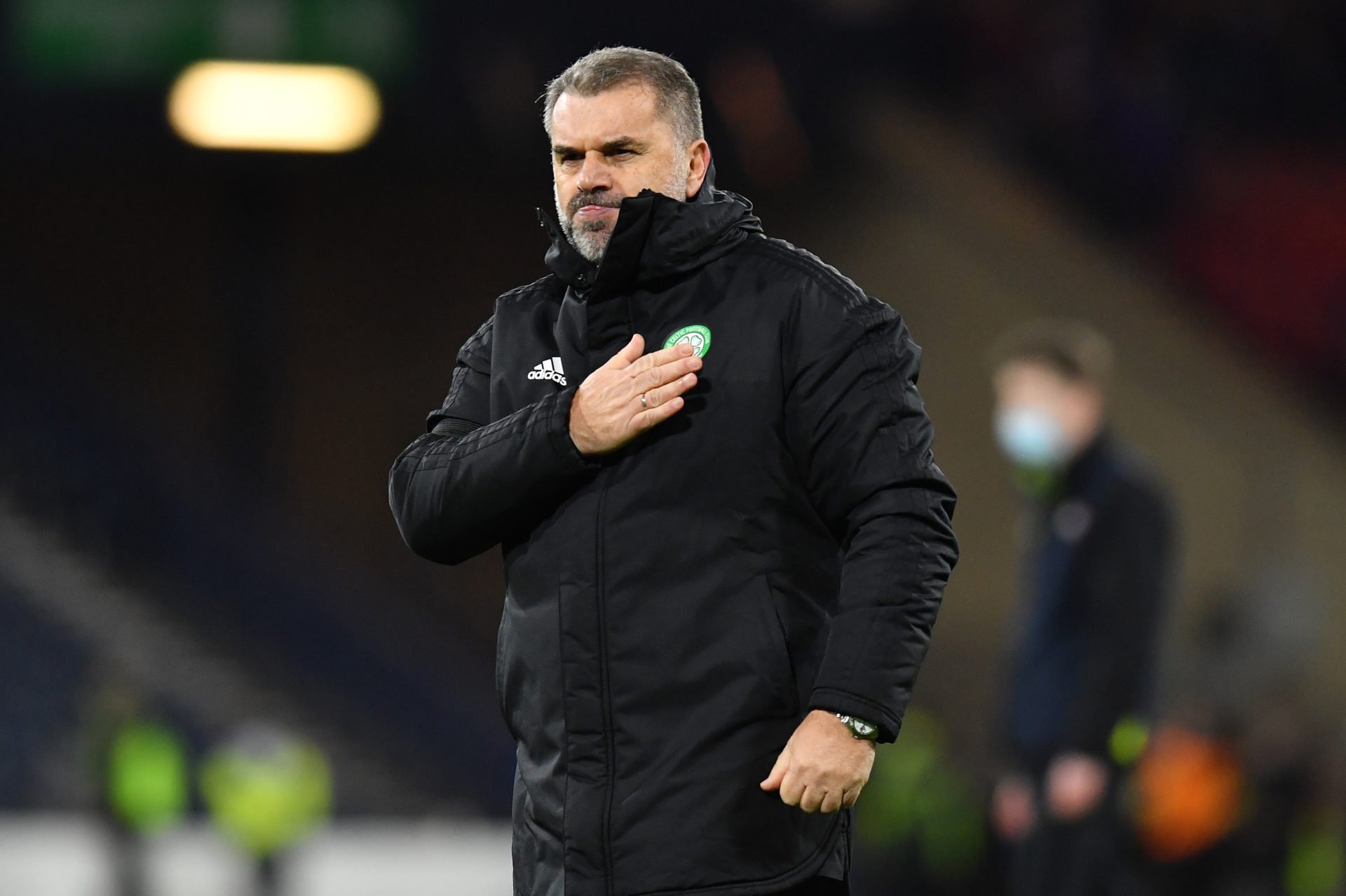 It would be unfair – not to mention inaccurate – to suggest that Celtic have been limping along without James Forrest.

Eight wins in their last nine games is hardly the sign of team pining for the return of their long-serving star man after all.

And, as that aforementioned run of results may suggest, it’s been quite the turnaround under Ange Postecoglou at Parkhead, that 4-0 hammering at the hands of Bayer Leverkusen in the Europa League group-stages feeling like a distant memory now.

But, with Forrest marking his return from injury with the winning goal in Saturday’s Scottish League Cup semi-final victory over Hibernian, Celtic supporters will be licking their lips in anticipation.

The prospect of Forrest flying forward as part of a thrilling front three, flanked by the ethereal Kyogo Furuhashi and the mesmerising Filipe Jota, is enough to keep the rest of the Premiership up at night, cold beads of sweat running down Giovanni van Bronckhort’s bow.

The Ange love-in continues, as supporters send a clear message to Celtic | With Jackie McNamara

Celtic have cut Rangers’ advantage at the top of the table to just four points and are potentially just 90 minutes away from their first trophy of the Postecoglou era.

And with the former Australia coach’s blueprint taking shape – the Hoops are playing their most exciting, free-flowing football since the silver-tinged days of Brendan Rodgers – only the bravest, or perhaps most foolhardy, of punters should be betting against Celtic adding a league title to their prospective League Cup success.

Especially now that Forrest appears to have returned with a vengeance, desperate to make up for all that lost time.

Ange Postecoglou now looks like a masterful appointment from Celtic?

Patience really is a virtue.

56-year-old Postecoglou always said it would take time for the Celtic players to adapt to his rather unique methods. But, even as things threatened to unravel in late-September, there was never any suggestion that Postecoglou’s job was under threat.

Unfortunately for Enzo Maresca, he was not afforded the same patience.

“I want to thank Enzo for his efforts with Parma. I am sorry it did not work out,” the Serie B club’s president, Kyle Krause, wrote on Twitter, sacking Maresca just 14 games and four wins into his time at the Stadio Ennio Tardini.

The Sunday Post reported in February, following Neil Lennon’s drawn-out departure, that Celtic had made contact with 41-year-old Maresca about becoming their new manager.

The Italian, at the time, was in the midst of guiding Manchester City’s U23 side to the Premier League 2 title. And, when the chance arose a few months later, he jumped at the opportunity to head up one of European football’s sleeping giants back on home soil.

But, in what was his first ever senior coaching role, Maresca discovered that the trigger-happy Kyle Krause waits for no man.

Now, we’ll never know if he was capable of sparking an Ange-esque turnaround at Parma.

In other news, Lionel Messi makes his opinion on Liverpool and Manchester City clear