‘I might cry’, ‘Mega’: Some City fans are in raptures after leaked info ahead of 22/23 season
HITC 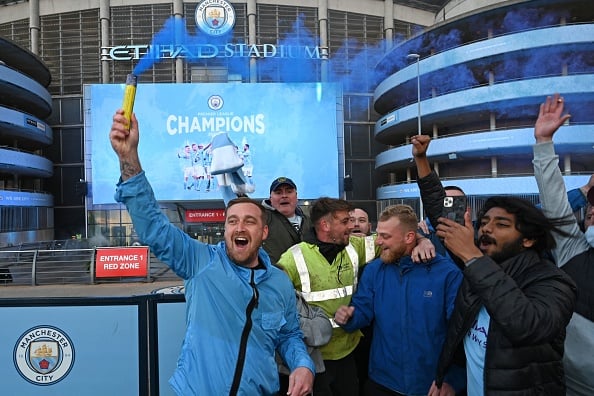 It has been some time since Man City last wore red and black as their away kit. Yet leaked information ahead of the 2022/23 season could change that.

According to football shirt leaker Gol De Sergio, the reigning Premier League champions will return to the iconic stripes next season after over ten years since the last time the club wore the kit.

Man City’s red and black away kit was made famous the 1960s when the English giants won their fourth FA Cup title wearing the now-iconic shirt. As well as the European Cup Winners’ Cup and League Cup in 1970.

Indeed, it is a shirt that represents success in the history of City before the takeover in 2008. Yet it has been a whilst since the club have worn the colours as their away kit.

It is rather ironic then that the last time Man City wore a red and black away kit was in the 2011/12 season. The year Sergio Aguero, Vincent Kompany and David Silva led the club to their first-ever Premier League title.

And now, it appears that the club and Puma are putting designs into place to bring back the red and black kit for the 2022/23 season.

Man City fans are in raptures over leaked away kit details

With the kit having such a deep-rooted connection to the club, some Man City fans on social media are buzzing that next season’s away striker will be red and black.

Foden in black and red I might cry https://t.co/RD9ly7ZSKA

In other news, 'Had a feeling this may happen': Some Liverpool fans react to worrying report on £75k-a-week ace