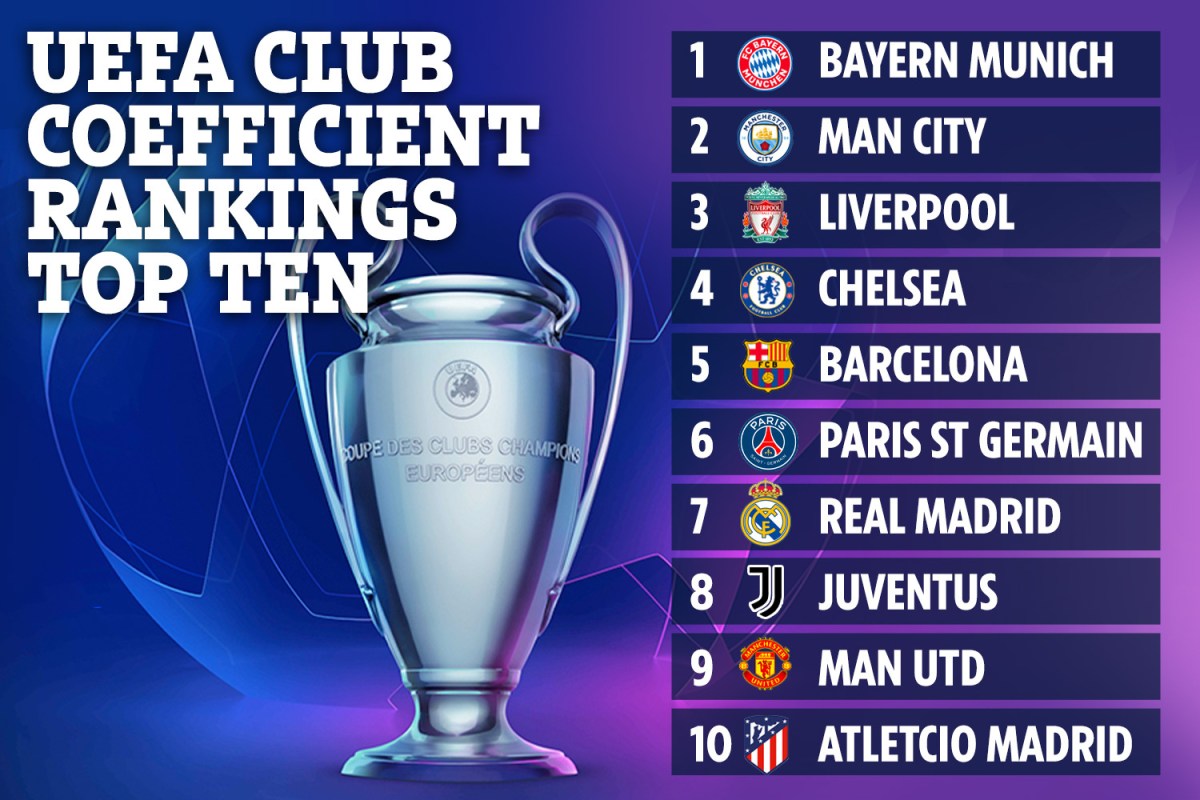 A big reason for their fall is because their 2017 Europa League victory no longer counts towards their coefficient total.

Uefa only takes into account points accumulated over the last five seasons, including the current campaign.

United have under-performed in Europe in recent years despite making the Europa League final last term.

The furthest they have reached in the Champions League in that period is the quarter-finals - where they lost to Barcelona in 2019.

As a result, United have dropped from their previous position of seventh.

Rivals Liverpool have jumped above the Red Devils after winning the Champions League in 2019 and finishing as runners-up the year before that.

Paris Saint-Germain - who reached the semi-final in the last campaign - are the final team to have overtaken Ole Gunnar Solskjaer's team,

But United can at least be comforted by the fact they have performed better than Atletico Madrid over the last five years, who have slipped to tenth.

Real Madrid are the other big losers of the latest rankings, dropping five places from second the seventh due to their 2017 Champions League win no longer counting towards their coefficient total.