Man Utd will NOT sack Solskjaer until at least end of the season, says Neville
The Sun 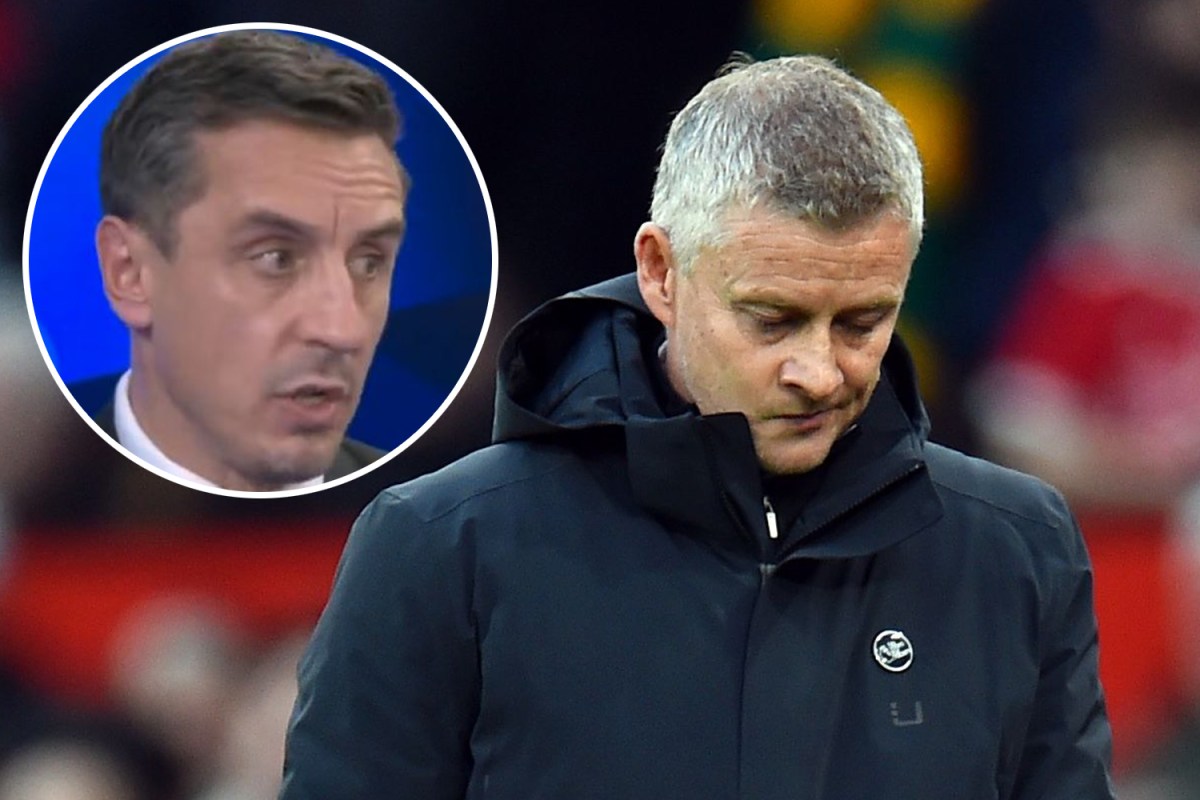 MANCHESTER UNITED legend Gary Neville does not believe Manchester United will sack Ole Gunnar Solskjaer despite their 5-0 thrashing at the hands of Liverpool.

Neville, 46, was damning in his verdict of his former side's performance in yesterday's defeat at Old Trafford, but he does not believe that Solskjaer's job is under immediate threat.

Neville does not believe his former teammate Solskjaer is currently in danger of the sackCredit: Getty Images - Getty

"It's painful watching that interview. We've seen managers, and I've been there for a short period, have to field questions like that, and it's not great but it's part of the game, it's what you're there for.

"What I've got no doubts is that the club is different today, if this was in the media post-Sir Alex Ferguson aftermath, Ole would be in massive trouble tonight.

"I know there'll be a massive outcry from fans, from the media, from everybody that Ole Gunnar Solskjaer should be sacked and I can understand that after that game, 5-0.

"It's nowhere near good enough, that was a monstrously bad day, it takes some recovery."

It comes after a host of fans and pundits alike called for Solskjaer to resign in the wake of yesterday's result, with the likes of Zinedine Zidane and Antonio Conte available as potential replacements.

And although Neville does not believe the Old Trafford hierarchy will axe Solskaer any time soon, he claims the Red Devils are some way off their rivals under his former teammate's management.

"Ole believes he's close. I remain to be convinced because I look at those players on the pitch and I watch the other teams.

It's nowhere near good enough, that was a monstrously bad day, it takes some recovery

"Unfortunately for me, I have to go and watch Manchester City live a lot, and Liverpool and Chelsea, and they're really good. And Manchester United aren't good. They're nowhere near as good.

Seventh and sixth go head to head as Man Utd take on Spurs away on Saturday, followed by another away trip to Atalanta in the Champions League next week.

The Red Devils face another tricky test at home to rivals Man City on 6 November, in what will be a huge chance for Solskjaer to turn things around after four defeats in their last seven in all competitions.