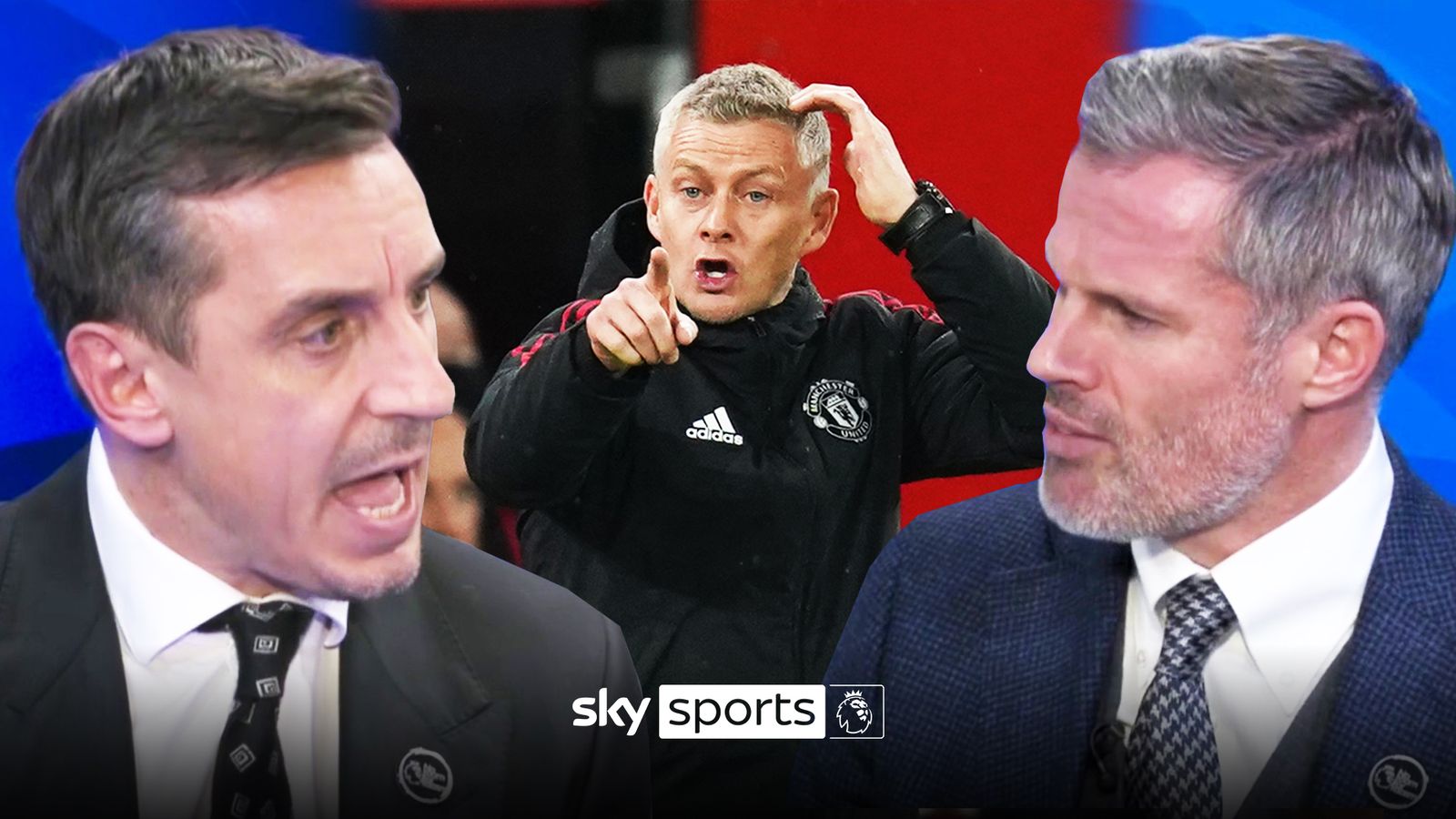 United suffered one of their worst defeats in recent memory as rivals Liverpool piled pressure on manager Solskjaer with a 5-0 thrashing at Old Trafford.

Although he was quick to point out Solskjaer has done a good job as United manager up until now, Carragher feels there is simply no chance of him competing with Jurgen Klopp, Pep Guardiola and Thomas Tuchel when it comes to winning major trophies.

"I think Ole has done a good job but to take on Klopp, Tuchel and Pep, Manchester United need a better manager," he said.

FREE TO WATCH: Highlights from Liverpool's win against Manchester United in the Premier League

"Manchester United need a better manager. Ole is not a manager for Manchester United. He's done really well but you need someone to take them to the next level. Unfortunately, Solskjaer is not Jurgen Klopp, Pep Guardiola or Thomas Tuchel. It's staring you in the face."

He added: "Manchester United should have the best in class - the best managers and coaches in the world. If you have Ole as the manager you should have someone like Carlos Queiroz as the assistant coach. You cannot have people learning on the job who have never been at the club of that size. They have got Mike Phelan but I do not think he's a coach, there's Michael Carrick and Kieren McKenna, they have never coached anyone in their lives.

"You have got to have someone who has been there and done it. You cannot be learning on the job at Manchester United."

Gary Neville tore into United for "capitulating" after their 5-0 embarrassment and admitted the pressure on Solskjaer was now "intolerable".

However, he cannot foresee a situation where the club sack his former team-mate this season.

"If this was in the immediate post-Sir Alex Ferguson era, Ole would be under massive pressure tonight," he said.

"But I think the club will hold their nerve. I don't think they have planned for a new manager this season. I think they will sit with him until the end of the season. There will be a massive outcry from fans and media that Ole should be sacked and I can understand that after that game. It was a monstrously bad day and it takes some recovery from.

"But I think this club is a lot more stable in terms of the ownership - I think now might be the time for them to communicate with the fans if they are going to back the manager for the next six to eight months, which I think they will. They have said they believe in the projects even though there will be some bumps. Ole says they are close. I am not convinced because I look at those players and the other teams are really good and Man Utd are nowhere near as good. I want to see a structured, organised performance. I believe the club are stable and will not sack the manager but they have to get back on the bike.

"The reason the board will stay stable is because of what happened with Jose Mourinho, with Louis van Gaal. They will not bring in a hitman again to try and do a job for a couple of seasons. Jose was the best manager in the world when he came here and it didn't work out. Antonio Conte's available but I would not bring him in. I do not think he is a fit. I sacked a manager last season and it was the wrong thing to do. I should have waited until the end of the season, let it breathe, and I think that's what Manchester United will do."

It doesn't get much easier for Manchester United; they face a formidable set of fixtures over the next six weeks as they look to keep pace in the Premier League and ensure Champions League qualification, with Chelsea, Arsenal, Tottenham and the Manchester derby looming domestically.