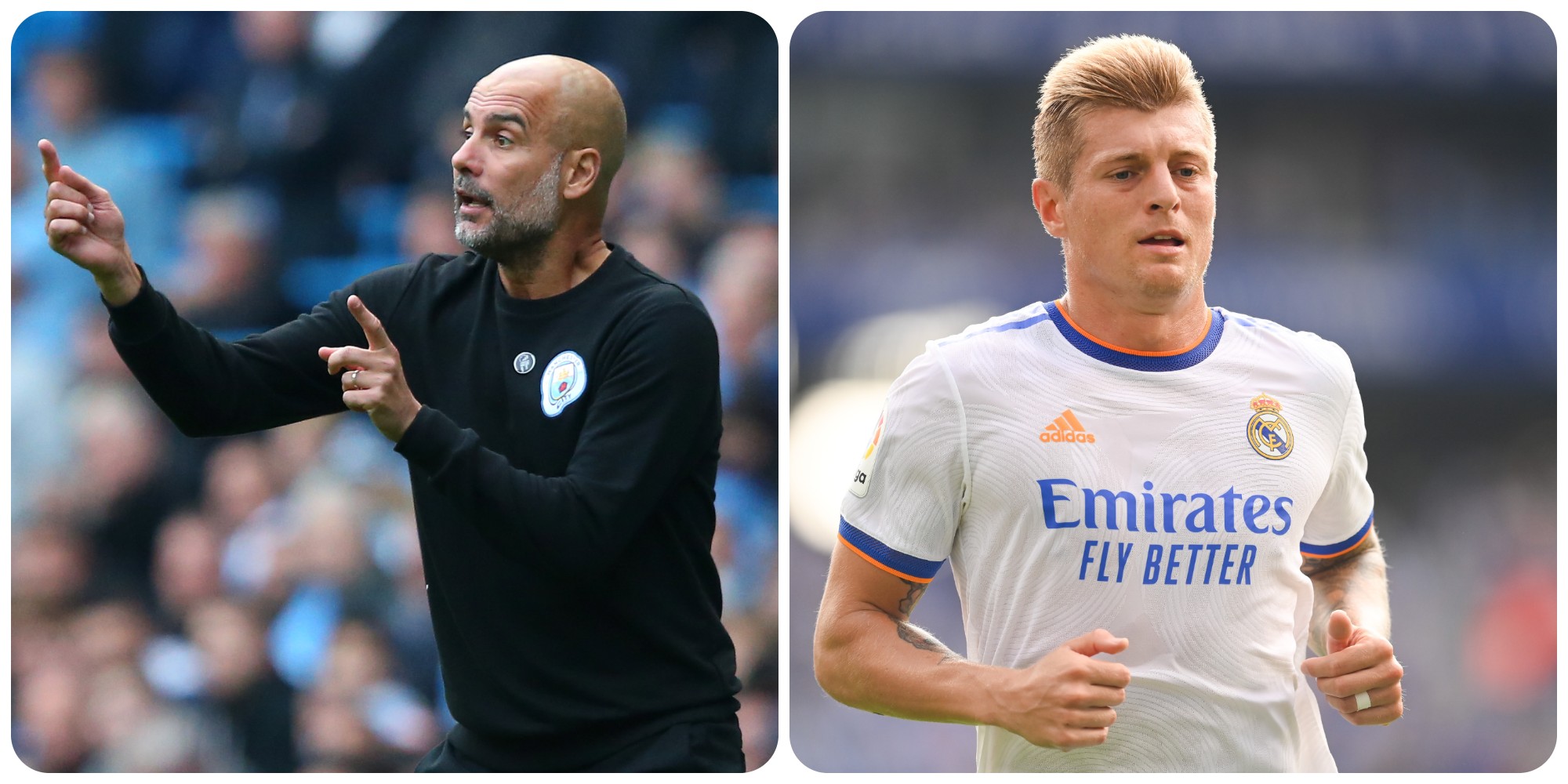 Manchester City boss Pep Guardiola has approached Real Madrid playmaker Toni Kroos about the possibility of joining him at City.

According to the Spanish site El Nacional, Guardiola has asked Kroos to leave Madrid in order to come and play for him at Man City, with the German set to respond after January 1 with a decision.

Kroos is out of contract in June 2023, and according to the report Guardiola wants him to join The Cityzens when that contract expires.

The 31-year-old would fit the archetype for a Guardiola midfielder, seeing as he is extremely comfortable on the ball and able to play both long-range and short-range passes with ease that very few players can dream of.

Guardiola and Kroos had one season together at Bayern Munich

However, Kroos has struggled with injuries this year and has found himself limited to just 163 minutes spread across three appearances. In addition, Carlo Ancelotti has been looking to prioritise new blood into Madrid’s aging midfield. With Federico Valverde and Eduardo Camavinga getting good minutes alongside the ever-dependable Casemiro in defensive midfield.

Therefore, El Nacional reports that Kroos will want to leave Los Blancos in order to reunite with Guardiola, who he spent a season with at Bayern Munich before leaving for Real Madrid in 2014.

Kroos was also an integral part of the Germany squad that won the FIFA World Cup that year as well.

One thing is for certain. If Manchester City want a player for their possession-orientated system, then they could do far far worse than Kroos, and despite his age, he would bring bags of quality and experience to the City team, even though he would probably not play every single game.

Joining City would work for Kroos too, as he would be able to gain one last big payday before going on to either retire or join a lesser team in Europe or a lesser league on another continent.