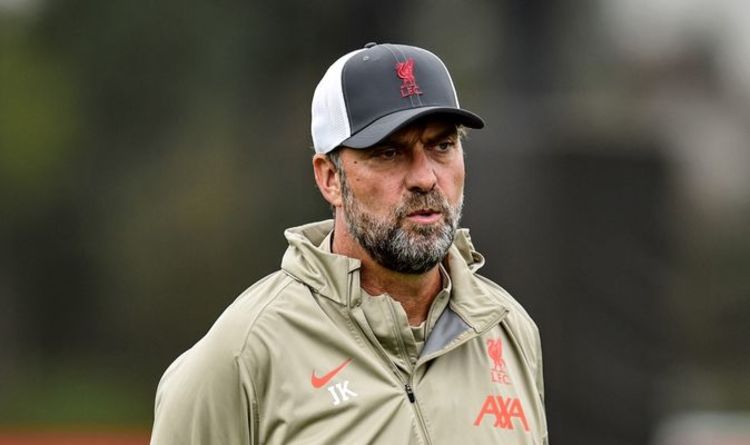 Manchester United face Jurgen Klopp’s Liverpool on Sunday with both clubs experiencing vastly differing fortunes to the time when the German was linked with replacing Sir Alex Ferguson in 2013. The legendary Scot is widely believed to have courted the German about taking his job when he retired eight years ago.

In January 2016, three months after replacing Rodgers at Anfield, Klopp admitted that he had spoken to United but did not want to leave Borussia Dortmund.

Four managers have attempted to win the Premier League with United since Ferguson’s departure. David Moyes, Louis van Gaal, Jose Mourinho and, so far, Ole Gunnar Solskjaer have failed to finish at the summit of English football.

Meanwhile, Klopp helped Liverpool win their first league title after three decades in 2020. He has also guided them to Champions League success.

But what might have happened had Klopp taken the United job in 2013? Former Manchester City defender Micah Richards believes the club would have added to their 20 Premier League titles.

Klopp would be into his ninth season at United had he joined. Here is how a Red Devils side built by Klopp might have looked.

It has not mattered who the manager is at Old Trafford, De Gea has tended to be United’s best performer.

The Spaniard was ever-present during Ferguson’s final season and has largely remained the club’s first choice, bar the end of last season when he was pipped by Dean Henderson.

De Gea won his first and only Premier League title that year but the individual honours have barely stopped. He has been named in the PFA Premier League Team of the Year on five occasions.

The 30-year-old has four times been voted United’s player of the year. It is likely that De Gea would have continued that fine form under Klopp.

Klopp was powerless to prevent Kagawa departing Dortmund for United in 2012 but might have joined him a year later. The Japanese midfielder scored 35 goals and provided 26 appearances under Klopp in Germany but struggled in England.

He scored just six league goals in 38 appearances before returning to Klopp’s Dortmund in 2014. In an alternate universe, the now 32-year-old might be winding down an incredible United career.

Alongside Kagawa, former Dortmund team-mate Gundogan might have moved to the other side of Manchester. The German departed for Man City in 2016 and has starred under Pep Guardiola, but could instead have had a decorated career under Klopp at Old Trafford.

Completing the midfield trio is England teenager Bellingham, who was close to joining United before his move from Birmingham City to Dortmund in 2020. United’s probable success under Klopp might have persuaded Bellingham to stay.

Two of Liverpool’s famous front three might instead have been lining up against the Reds in Sunday’s clash. Salah has become of the world’s best players under Klopp, while the 54-year-old was keen to sign Mane at Dortmund and eventually got his man in 2016.

The 29-year-old Salah has scored a staggering 139 goals in 214 appearances for Liverpool after being signed by Klopp in 2017. Those goals would have gone a long way if United were to enjoy success under the Liverpool boss.

Klopp might also have persuaded Mane to join him at Old Trafford instead of moving to Southampton from RB Salzburg in 2014.

The pair could have supported former Dortmund striker Lewandowski, who has been a long-term target for United – ever since the later years of Ferguson’s reign.

Lewandowski might have replaced Robin van Persie, who departed the Premier League in 2015.