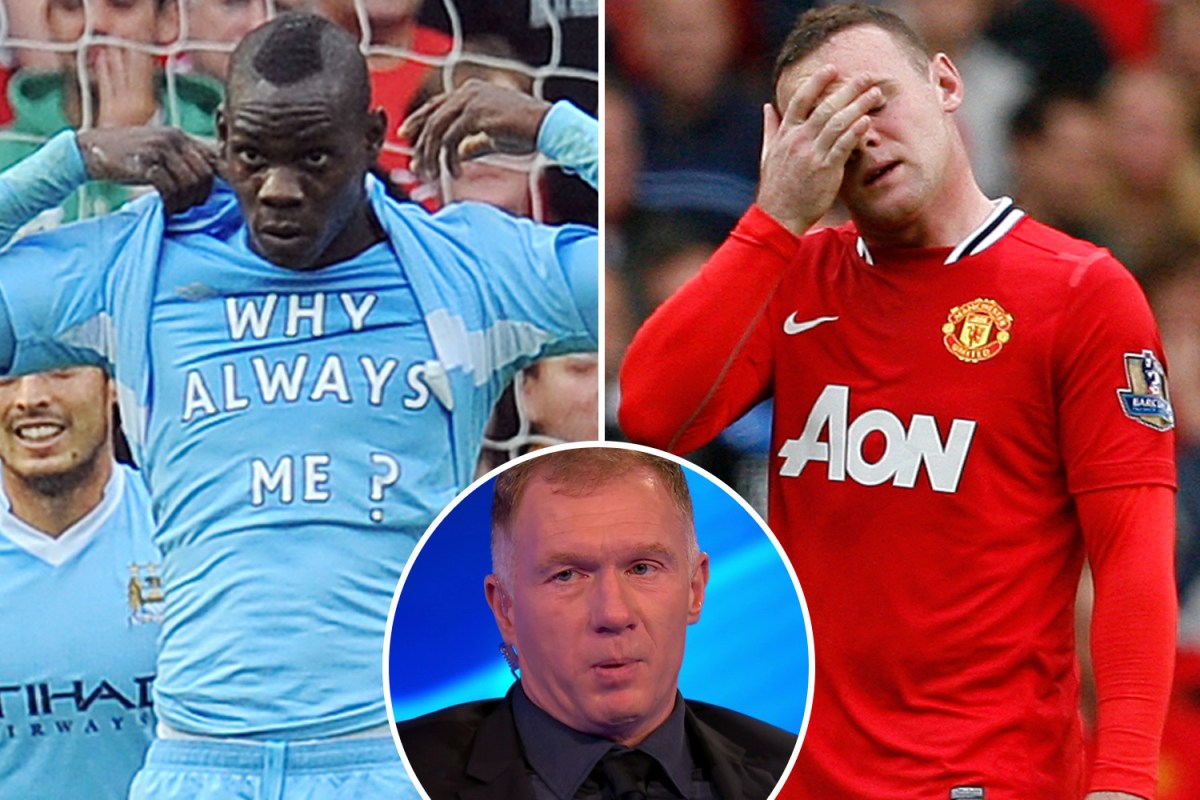 It was an iconic match that signalled a big change in Manchester, with the Citizens going on to claim the title that season.

Mario Balotelli celebrated in iconic fashion after opening the scoring

From the moment Mario Balotelli found the bottom corner from James Milner's cutback it was a game to remember.

In celebration, the Italian lifted up his shirt to unveil his vest which bore the words: 'Why always me?'

But it was not until the second half that City really began to exert their dominance.

Balotelli added a second on the hour mark but not before he was cynically brought down by Jonny Evans when through on goal - the defender was sent off for the challenge.

Sergio Aguero wrapped up the three points nine minutes later, and though Darren Fletcher pulled one back, it would be City's day to remember.

A late flurry of goals saw Edin Dzeko score twice either side of a David Silva goal.

The Red Devils have struggled for form in the league of late but did show character to come back from 2-0 down to beat Atalanta 3-2 in midweek.

But Scholes cannot ignore United's dreadful first-half performance in that match, and thinks Jurgen Klopp will be rubbing his hands together in anticipation.

He said on BT Sport: "The first half put me off the second half. It was worrying, it looked anything but a team and lacked unity.

“Can they go and play against Liverpool or Manchester City like that? Never in a million years.

“The two midfield players were playing on their own. They conceded so many chances. Against quality opposition there’s no way you’re winning that game.

“Imagine Jurgen Klopp during that first half at home, watching rubbing his hands together.

"I felt sorry for the two midfield players. There is not a chance they'll play 4-2-4 this weekend, if they do they'll get destroyed.

"The front four are so high, there is no connect between the team. If we play like that against Man City and Liverpool it will be disastrous."

Edin Dzeko came off the bench to score twice