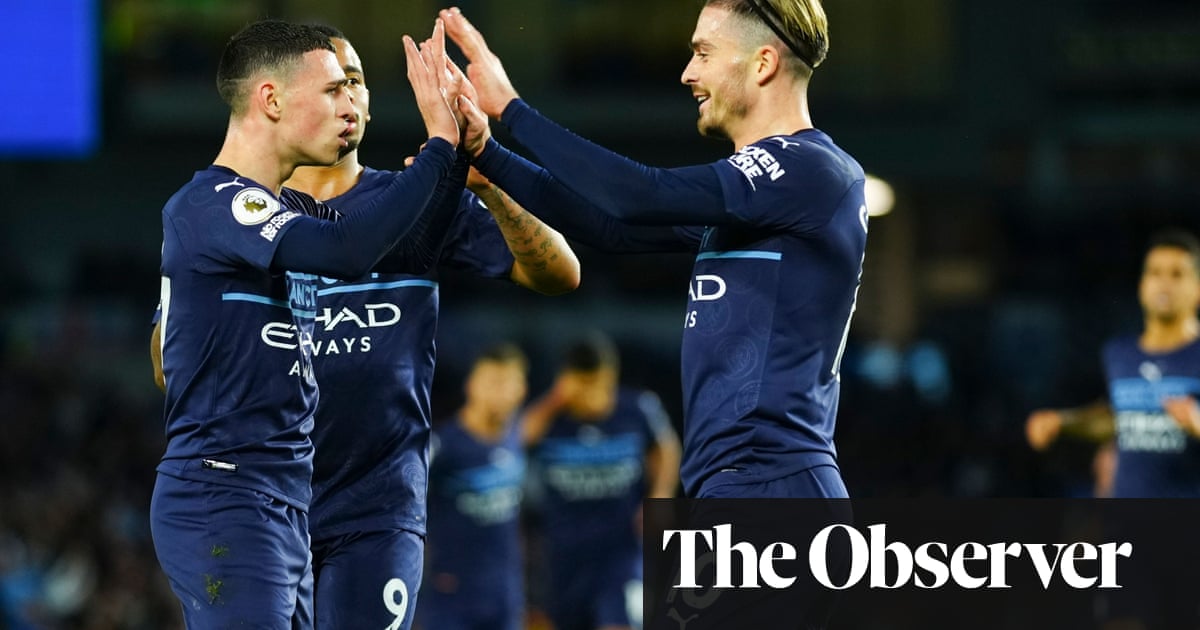 This was meant to be a test for Manchester City. After all, they were playing a team who prior to kick-off sat only one place and two points behind them. Yet ultimately City did what they do with most tests - passed.

It was not easy, with City somewhat relieved to hear the final whistle following a second half in which Brighton played with great character and ambition, scoring once and creating enough chances to do so again on at least one other occasion. It was rousing stuff but, from the hosts’ point of view, there was a big problem, namely the three goals they had conceded prior to the interval.

Ilkay Gündogan and Phil Foden, twice, did the damage in an 18-minute period when City were nothing short of sensational. Their football typically quick, slick and precise. Pep Guardiola’s men scored three times but could, and probably, should have had more. Graham Potter’s side were undeniably relieved to hear the half-time whistle and it is to their credit that they took the game to City in the manner they did after the break.

City were rattled in the second half but, having built up such a strong lead, they quite clearly had taken their foot of the gas. The win was always going to be theirs and was well and truly sealed with Riyad Mahrez’s stoppage-time strike. The champions climb to second while Brighton remain fourth.

Guardiola made two changes to the team that beat Club Brugge in midweek, with Gündogan and Gabriel Jesus coming in for Kevin De Bruyne and Mahrez, but it was the absence of a player that was most striking aspect of his line-up. Raheem Sterling was left out of the squad with a lack of fitness given as the reason. That may well have been the case but it only added to the sense that he is no longer part of the manager’s plans.

The most striking aspect of Brighton’s line-up was the formation, with Potter shifting from 3-5-2 to 4-4-2. Early on it looked like the right call as the hosts did an admirable job of pressing City out of possession. But it did not take the visitors long to find a penetrative rhythm and they thought they had taken the lead on 11 minutes via a Gabriel Jesus drive that beat the Robert Sánchez only to be kept out by a superb, acrobatic goalline clearance by Lewis Dunk.

A City goal was coming and did so soon after as Gündogan tapped Bernardo Silva’s hooked cross into an empty net. A simple finish but one that came with controversy. Brighton’s players were adamant Jesus had fouled Sánchez in the build-up, illegally backing into him as he attempted to catch the ball after it had looped up from a Foden shot. There was a VAR check and –no foul’ was the call, which was the right decision – Sánchez had been put off by Jesus but his subsequent spill was down to poor technique.

Brighton’s response was positive but ultimately reckless as twice they were countered-on with devastating effect. City swept forward on 28 minutes, with Silva and Jack Grealish playing the passes that led to Foden bundling home from close range and then, three minutes, and having seized possession in the centre of the pitch, the champions poured forward again and scored again via Foden, this time via a deflection from Jesus’s shot and after Sánchez had stretched to keep out Grealish’s near-post drive.

City were running riot and, in the circumstances, it would have easy for Potter to cut his losses and shut up shop. But, as is typical of the Brighton manager, he instead made a positive move, shifting his team’s formation to 4-3-1-2 at the start of the second half, with Solly March now in an advanced midfield role.

Refreshed and reorganised, the hosts finally pushed City back and created a decent opening on 54 minutes as Pascal Gross collected a left-sided cross inside the area and, having shrugged off João Cancelo, hit a shot towards goal that Ederson was forced to keep out with a low save.

The Brazilian was forced into action again soon after, this time to keep out a powerful drive from Leondro Trossard and there was no doubting that Brighton were now well on top, helped by the arrival of Tariq Lamptey and Enock Mwepu as a double substitution on 58 minutes.

The home crowd certainly appreciated the efforts of those in blue and white, their support becoming increasingly vocal as the second half went on, and they were given something to cheer on 81 minutes as Alexis Mac Allister, another substitute, converted a penalty given following Ederson’s foul on Mwepu.