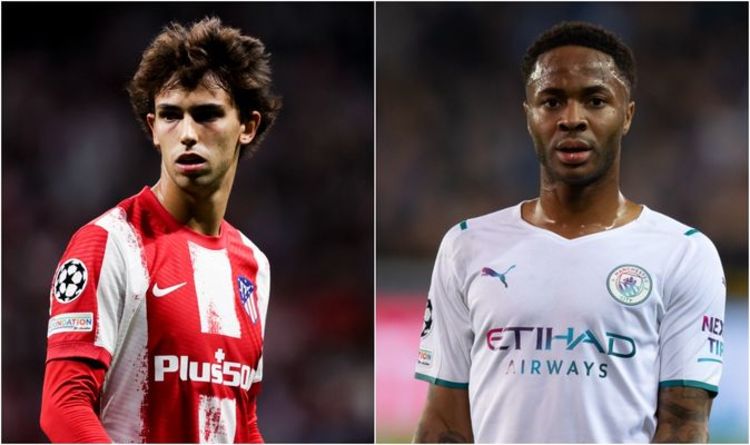 Liverpool's superb away victory at Atletico Madrid was merely the latest triumph in what has been a fantastic start to the campaign for Jurgen Klopp's side. That is despite a quiet summer transfer window which saw Ibrahima Konate arrive as the club's only major signing, but with reported links to both Joao Felix and Raheem Sterling, their squad could soon look very different.

Express Sport looks at the tools Klopp could have at his disposal:

Although the Brazilian was a latecomer to the European game, he plays with a level of assurance which suggests he has played in the big leagues for a decade.

Liverpool's fortunes changed completely after he was signed from Roma in 2018.

Himself and Virgil van Dijk shored up the backline, and trophies followed including the Champions League and the Premier League.

His place between the sticks is certainly not under threat any time soon, giving him the chance to add to an already glowing highlight reel.

Joao Felix and Raheem Sterling have both recently been linked with Liverpool (Image: GETTY)

Despite both being in their mid-twenties, Trent Alexander-Arnold and Andrew Robertson are well on their way to establishing a timeless full-back partnership.

Their ability to fly down the wings and deliver crosses is helped by stability in the middle, provided primarily by the imperious Van Dijk.

The issue of who partners the Dutchman currently remains up in the air, although Joel Matip's consistent performances seem to have earned him the nod from Klopp more often than not.

Able deputies wait on the bench, however, in the form of Joe Gomez and £36million summer signing Konate.

Jurgen Klopp is the only undefeated manager left in the Premier League this season (Image: GETTY)

Over the past 12 months, we have seen the first signs that a formidable attacking trio of Mohamed Salah, Sadio Mane and Roberto Firmino can be disrupted.

Diogo Jota has seen plenty of action at Firmino's expense, but having beaten Jadon Sancho to the Golden Boy award in 2019, Joao Felix could do even better.

Former Reds star Steve McManaman has tipped the move as 'an easy one' based on the Portuguese's compatible style of play.

Flanked by Mane and a rampant Salah, who knows what this uber-talented trio would be capable of.

A side-effect of both Felix and Sterling being introduced to an already competitive attacking contingent is plenty of options for Klopp.

Manchester City have made squad rotation work to their advantage, and although Sterling may find himself simply going from one bench to another, he knows what Liverpool are all about.

The England international came through the ranks at Anfield, joining City in 2015 and while it has been a success on the whole, things have slowed down dramatically of late.

Still, he could be used often from the bench, alongside Firmino and Jota who would all by vying for minutes in a squad fit to challenge on all fronts.