AHEAD OF THE GAME: Newcastle and City fear rivals ganging up on them
Daily Mail 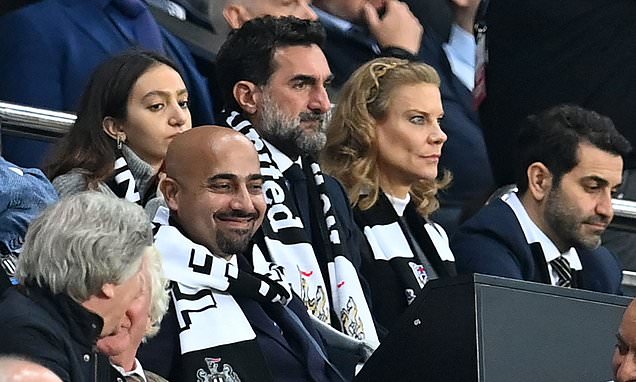 Newcastle and Manchester City are unhappy at being targeted by the rest of the Premier League after the chief executive of another club this week called for curbs on investment from companies specifically from the Gulf.

Sportsmail has learned that the explicit geopolitical reference to funding from the region came in an email sent to the other clubs before the emergency Premier League meeting on Monday, at which they voted to introduce a one-month ban on sponsorship involving related parties.

Newcastle voted against the proposal and City abstained, due to doubts over whether the ban is legally enforceable and the speed with which the restriction was being introduced.

The tone of some of the other correspondence between the clubs this week also raised eyebrows, particularly the tendency to lump Newcastle and City together due to their ownership groups — Saudi Arabia and Abu Dhabi respectively.


The growing divide has created a problem for the Premier League. While there has been a major backlash against the £305million purchase of Newcastle, the Government have welcomed it.

The issue will likely dominate next month’s meeting of the 20 clubs, when chief executive Richard Masters is expected to call for unity.

Manchester United have been plotting to sign Kalvin Phillips since last summer, when their decision to sell Daniel James to Leeds for just £24million was influenced by their desire to improve relations with their rivals.

United will not make a formal move for the England midfielder until the end of the season.

Phillips is expected to sign a new contract before then and it may suit all three parties for it to include a release clause, which would give Leeds some security in negotiations with United if they formalise their long-standing interest.

The vaccination rate among Premier League players remains below the national average for comparable ages despite an improvement in the situation in recent weeks.

The Premier League revealed this week that 68 per cent of players are fully vaccinated — slightly less than the national picture for 18 to 39-year-olds of 70.6 per cent in the latest data published by NHS England on Thursday.

Newcastle may struggle to sign players during the January window because many of their rivals are pledging not to trade with the club in the hope of condemning them to relegation.

Such is the fear of Newcastle’s new Saudi Arabian owners transforming the club into a powerhouse that many clubs are claiming privately they won’t sell any players to them.

Newcastle are aware of the situation and are expected to focus on signing players from middle-ranking European clubs in January. Any deal from a Premier League club that does go through will cost Newcastle a huge premium.

The EFL are lobbying for fans to be allowed to drink alcohol in the stands in all divisions from the Championship down.

Former Sports Minister Tracey Crouch is expected to recommend a pilot scheme in League Two in her fan-led review next month, which would see them allowed to drink in their seats while watching games for the first time since 1985.

The EFL welcome the review, arguing that a blanket alcohol ban is not proportionate to the level of risk. It would boost revenue at a time when many clubs have been hit hard — although contrary to previous reports, there is no official watch-list of clubs facing insolvency. The EFL does report financial issues to its board on a regular basis.

Incoming FA chair Debbie Hewitt has begun scheduling meetings with fellow board members from next month despite not starting her new role until January.

Hewitt, who will become the first female chair of the FA, will deal with issues including Government reform, the Wembley stadium ban and the UK’s troubled 2030 World Cup bid.