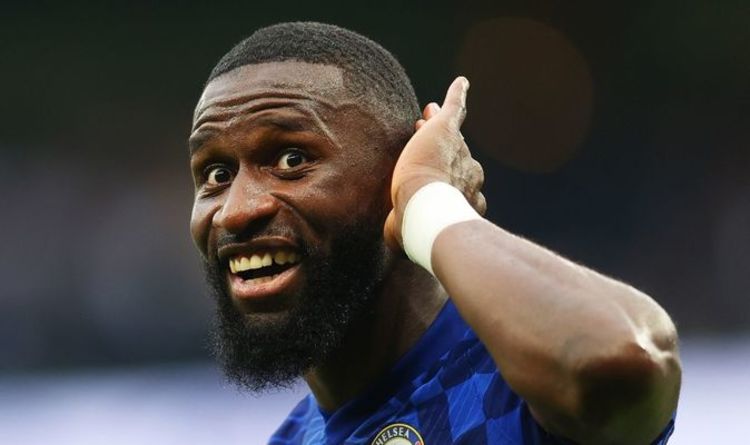 Manchester City and Tottenham are reportedly in shock talks behind the scenes to sign Antonio Rudiger from Chelsea with the Blues centre-back still yet to agree a new deal at Stamford Bridge. The German international's current contract will expire in 2022, meaning he will be free to hold formal negotiations with other clubs from January.

Rudiger has been coy in recent months when quizzed on his future with Real Madrid and Bayern Munich both said to be monitoring the situation.

The former Stuttgart and Roma stalwart currently earns around £100,000 per week and given his influence on this Chelsea side, it's understood Rudiger wants to earn around double that to reflect his importance at Stamford Bridge.

Yet reports claim Chelsea are unwilling to offer above £150,000 per week as they do not want to break their current wage structure.

The lack of breakthrough in negotiations has created a cloud of uncertainty and the longer the saga rumbles on, the more likely Rudiger looks to depart.

However, the Blues have not yet lost hope they can tie down the 28-year-old to a new contract with Thomas Tuchel clear that he wants his compatriot to stay at the club.

"I hope that they will find the solutions," he said. "It’s not only between coaches and players and what we wish for. At the moment it is between the club, the player and the agent."

“Rüdiger is in talks with Juventus, Man City, Tottenham and even PSG, who still need a defender,” he told Wetten Freunde.

While many may question just why Rudiger would want to leave high-flying Chelsea for underperforming Tottenham, Spurs were in fact close to signing the German international back in January.

Earlier in the year, Rudiger admitted that he was on the verge of quitting Chelsea in search of regular game time following talks with Tottenham boss Jose Mourinho.

"I was close [to leaving]," Rudiger said. "There were really like two teams, maybe one team I was considering, that was PSG to be honest.

Antonio Rudiger could leave Chelsea after failing to agree a new contract as of yet (Image: GETTY)

"There was [a] call also with Mourinho, but this is something at the end of the day that didn't happen, and with Tuchel also, [but it] didn't happen.

"I was upset of course because I knew my situation and wouldn't play that often."

Chelsea are expected to extend captain Cesar Azpilicueta's contract with the Spaniard set to sign a one-year deal with the option of a further year.

The emergence of defensive duo Malang Sarr and Trevoh Chalobah could soften the blow of losing Rudiger but Chelsea are expected to return for Sevilla's Jules Kounde after having a bid rejected earlier this summer.