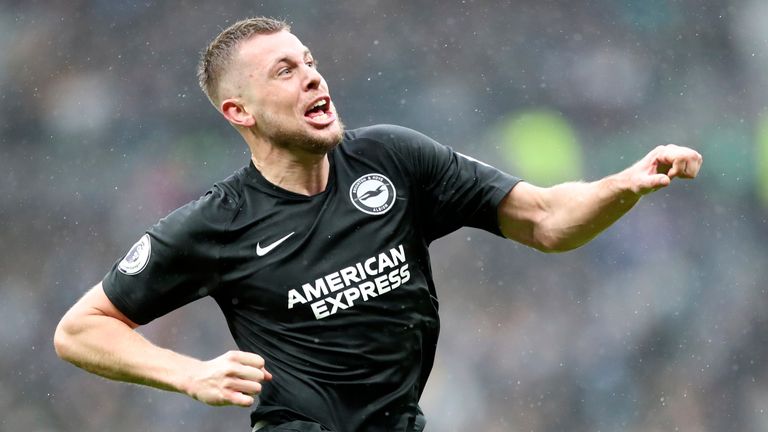 Team news, stats and prediction ahead of Brighton vs Manchester City in the Premier League on Saturday Night Football; kick-off 5.30pm.

Brighton defender Adam Webster could be available for the visit of champions Manchester City in the Premier League.

Webster has missed the Seagulls' past five games in all competitions but returned to training this week and is hoping to prove his fitness.

Midfielders Yves Bissouma and Enock Mwepu are also in contention having recovered from knocks to be unused substitutes last week, but Danny Welbeck (hamstring) and Steven Alzate (ankle) are still out.

City boss Pep Guardiola has no fresh injury concerns after the midweek victory over Club Brugge in the Champions League.

John Stones, who was not in the squad in Belgium, is available to make the trip, while Ederson and Gabriel Jesus - who both linked up with their team-mates in Bruges after missing last weekend's win over Burnley following periods of isolation, are also available.

Ferran Torres is the only absentee as the Spain international continues his recovery from a metatarsal injury.

FREE TO WATCH: Highlights from Manchester City's win over Burnley in the Premier League