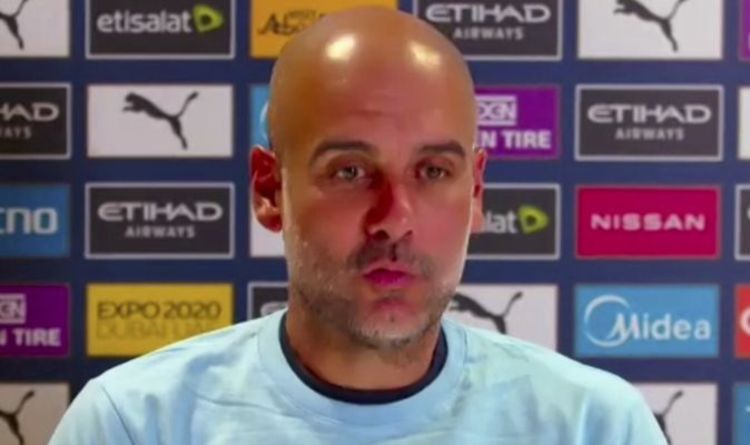 Leicester City’s 2015/16 title-winning season will fondly live on in the memory of most football fans. The idea that, against all the odds, a team with very little money and power could come out victorious in a competitive league is the ultimate underdog story – and Pep Guardiola thinks another outsider is capable of mounting a title charge this season.

Manchester City, Chelsea and Liverpool are, on paper, the three clubs capable of winning the Premier League this season.

One could argue that Ole Gunnar Solskjaer’s Manchester United might bounce back to form soon and still have a chance, with Arsenal, Tottenham and Leicester all likely to be targeting squeezing into the top four.

Thomas Tuchel’s Chelsea are currently top of the league on 19 points, with Liverpool just behind on 18 points.

Last year’s title winners City are then in third on 17 points and still don’t look like they have kicked into top gear, potentially due to how they are still on the search for their desired no.9.

Then in fourth place is Brighton and Hove Albion, who finished in 16th place last season on 41 points and were amongst the relegation battle for a significant chunk of the campaign.

However, the Seagulls have taken a big step forward at the start of the new season with four wins, three draws and a loss and have started to capitalise on their xG (expected goals) which indicated that they were better than some of the bare results showed.

Although many feel it is only a matter of time before Graham Potter’s men drop down the table and potentially consolidate themselves in midtable, Guardiola thinks that Brighton could challenge for the title this season.

Speaking ahead of the Cityzen’s match at the Amex Stadium this weekend, the former Barcelona and Bayern Munich boss said: “Last season we were champions, we were preparing for Champions League final, this season we're fighting to be champions. I think they (Brighton) are the same.