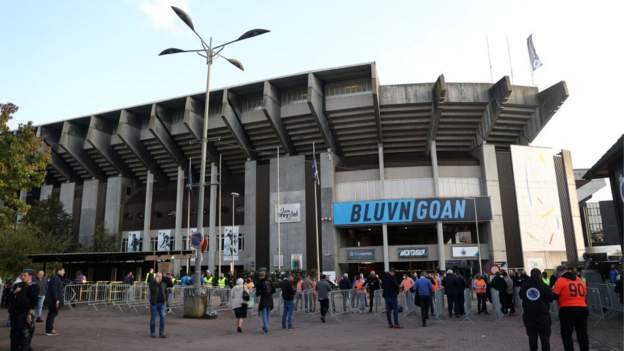 Two men remain in custody after appearing in court over an attack on a Manchester City fan, said the East Flanders public prosecutor.

The incident occurred in Belgium after City beat Club Bruges in a Champions League group game on Tuesday.

The Belgium-based City fan was returning home when he was attacked in Drongen after he challenged someone who had taken his scarf.

The supporter is still in a coma and his condition is described as stable.

Five men, four in their 20s and one in his 40s, were arrested over the incident and appeared in court on Friday.

A statement from the East Flanders public prosecutor said a case of theft by assault and theft by aggravated assault has been opened against one of the suspects and a case intentional assault and battery with incapacity for work has been opened on the part of a second. All five are being investigated for negligence.

Three of the suspects have been released under strict conditions, which include a ban on attending football matches and a ban on being in or near supporters' cafes.