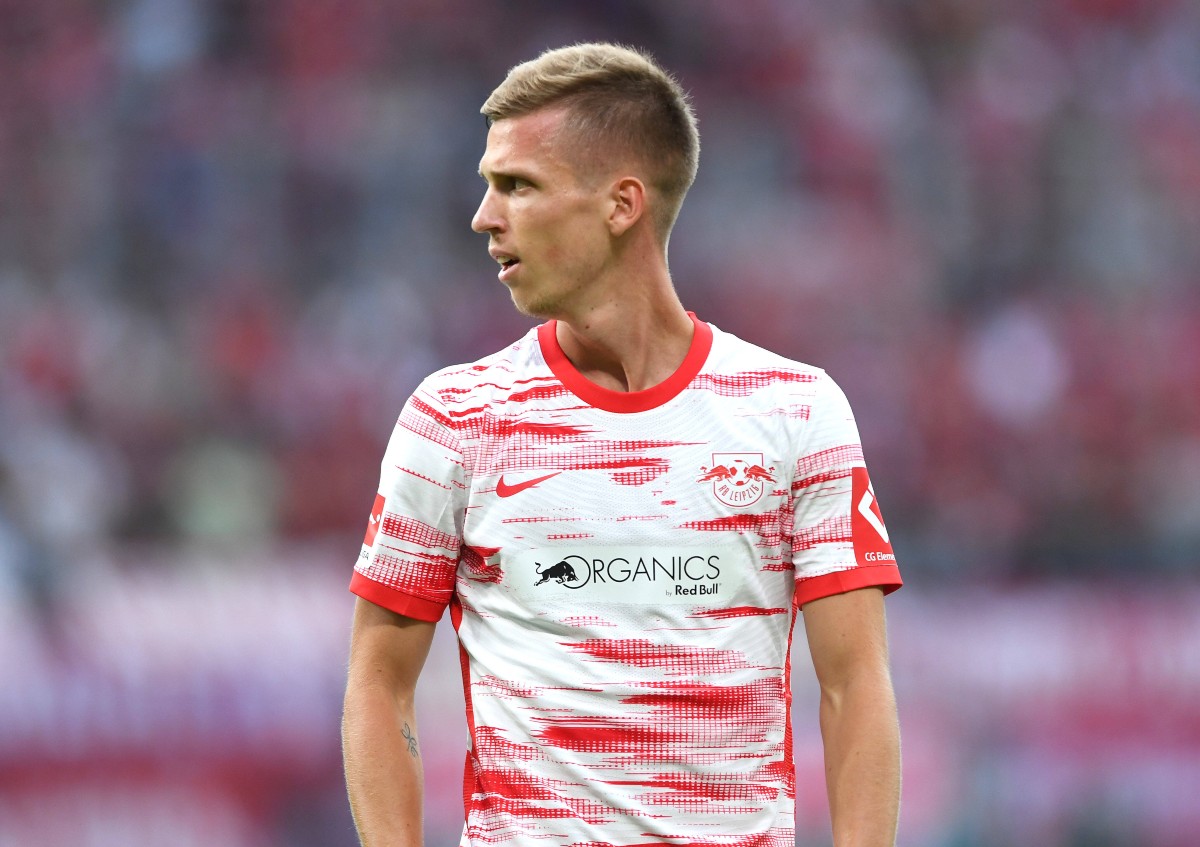 That’s according to a recent report from BILD journalist Christian Falk, who has remarkably claimed that the Red Devils and rivals Manchester City are interested in RB Leipzig attacker Dani Olmo.

TRUE? If Barca can‘t pay him: @ManUtd and @ManCity are interested in @daniolmo7 of @RBLeipzig. Scouts of United watched Olmo at many matches pic.twitter.com/y2u7IE39vd

Since joining RB Leipzig in 2020, following a £19.8m move from Dinamo Zagreb, Olmo, 23, has been one of his side’s most consistent performers.

The attacking midfielder has so far featured in 64 matches, in all competitions, directly contributing to an impressive 26 goals, along the way.

MORE: Premier League could be without 40 players between December and February due to AFCON

However, despite still having three years left on his current deal, there are growing concerns the Spain international is already catching the attention of some of Europe’s biggest clubs.

Both Manchester clubs are being linked to RB Leipzig’s Dani Olmo.

Interestingly, although the midfielder began his career with Spanish side Barcelona, after being let go by the club’s youth academy back in 2014, it has been claimed he is now wanted back by his former employers.

Barcelona may not pose as such an attractive option these days – not only are they under heavy financial pressure, following his summer move, the Catalan side can no longer rely on the lure of legendary playmaker Lionel Messi.

This is perhaps where both Manchester clubs come in – should Barcelona pass up the chance to re-sign their old academy recruit, both Pep Guardiola and Ole Gunnar Solskjaer could look to capitalise.

Although the Red Devils already have Fernandes, who frequently operates as a number 10, with teammate Paul Pogba continuing to stall over a new contract, signing Olmo and nudging Fernandes deeper certainly has the potential to be an effective tactical switch.