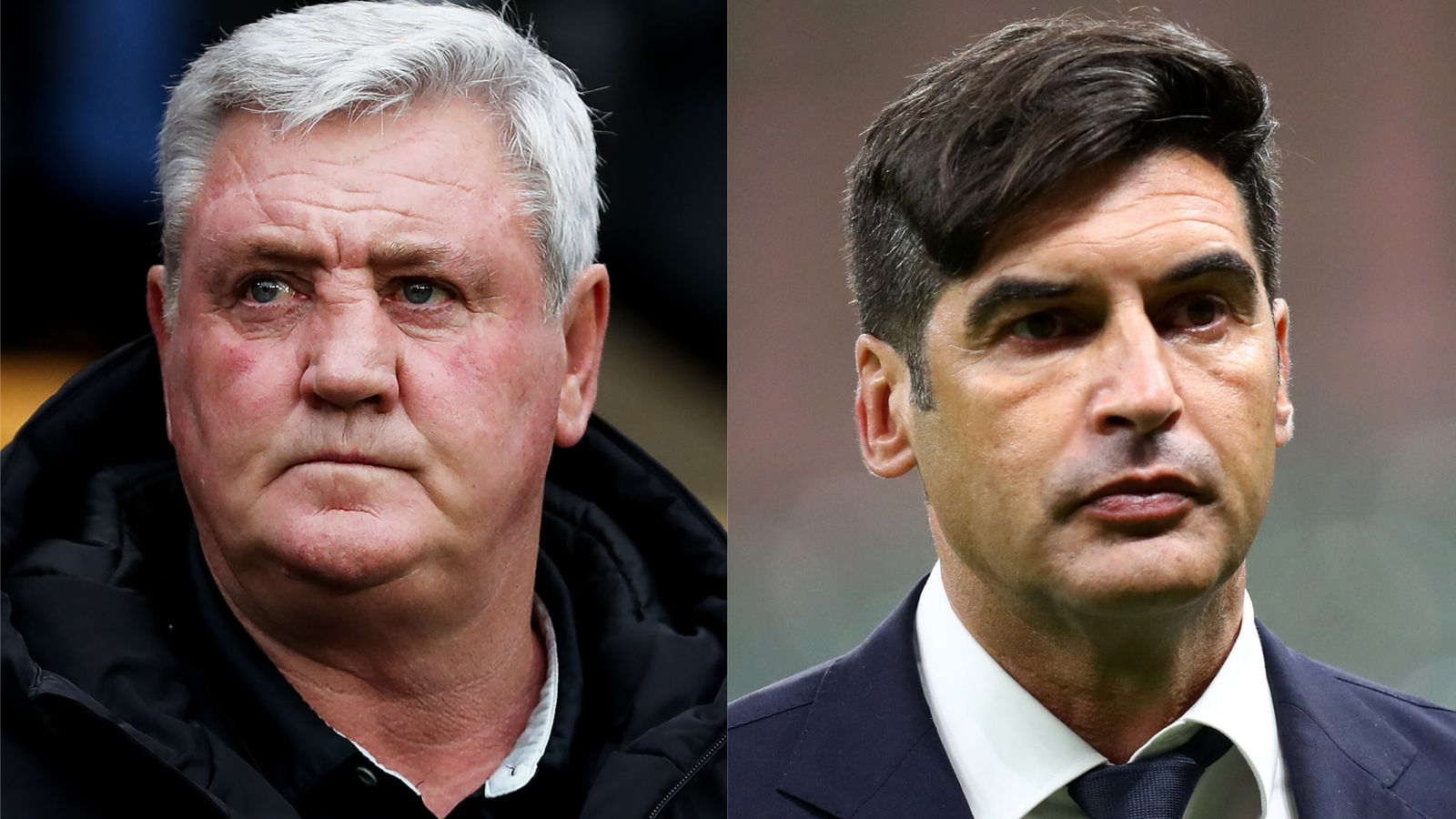 The 60-year-old was expected to be replaced by the new Saudi Arabian-backed consortium last week after they completed their £305m takeover, but he remained in charge for his 1000th game as manager - a 3-2 defeat to Tottenham.

After a blistering start, going 1-0 up, Bruce's side capitulated in front of non-executive chairman Yasir Al-Rumayyan and director Amanda Staveley at St James' Park, and the defeat left them second-bottom of the Premier League and winless from their opening eight games.

Sky Sports News reported the former Roma boss Fonseca, who was a candidate for Tottenham in the summer, is a leading contender and talks with the 48-year-old were held on Wednesday.

Eddie Howe, who has been without a job since leaving Bournemouth in summer 2020, and former Borussia Dortmund boss Lucien Favre, are thought to also be among the other candidates.

Jose Mourinho, who is Fonseca's replacement at Roma, ruled himself out of the running on Wednesday, stating: "I signed up for three years. I'm not leaving these guys. I've decided."

Assistant coach Graeme Jones will lead the team on an interim basis, starting with Saturday's trip to Crystal Palace.

Bruce: This could be my last job

Gary Neville shares his thoughts on Newcastle's treatment of Steve Bruce and why his managerial situation has been unfairly handled by the Magpies' new owners.

Bruce guided the club to 13th and 12th-place finishes in his two years in charge but faced persistent hostility from supporters, who often criticised his style of play.

Speaking to The Telegraph after his departure, Bruce said: "I think this might be my last job. It's not just about me; it's taken its toll on my whole family because they are all Geordies and I can't ignore that.

You are, without a doubt, one of the most gentle people that I have ever met in the world of football. You have been a man of your word, a caring man and a fair man who never hesitated to protect us. I will never forget how you treated me, for that I will be forever grateful pic.twitter.com/lJgSL5GD4Q

I know how tough it was for any manager at Newcastle for the last 14 years.I also know how badly Steve & his family wanted it to work. In difficult circumstances for everybody, he kept #NUFC up for two seasons. It’s a new era now, but thank you, Steve,for your effort & commitment

The stats that cost Bruce

Former Newcastle defender Steve Howey says whoever is appointed as the club's next manager must simply focus on getting results to stay in the Premier League.

"It's been intense. We heard from him at his news conference on Friday when he had a little bit of a pop at the media for some of the reporting all week, accusing us of wanting him to get the sack but I have to say that was never the case.

"Everything we reported last week was based on what we were told would happen. What has happened today in him departing the club with Graeme Jones placed in charge on an interim basis is pretty much what I was reporting last week.

"It has dragged on for longer than the new owners wanted and what Bruce wanted himself. It's important to say that in the club statement they said it was mutual consent so Bruce wanted to go as well. He'd had enough as it had got very difficult for him emotionally. He knew he was going anyway and I think he's pleased that he's been put out of his misery.

"It's a relief for Bruce and for the supporters who have already made it clear that they want to have a new manager to front the new regime. A line has needed to be drawn under things and it's no real surprise.

"It's an £8m pay-off for Bruce and it should be added that Amanda Staveley and her husband Mehrdad Ghoudoussi are at the club's training ground this morning to speak to players and existing backroom staff."

Image: Newcastle are still without a league win