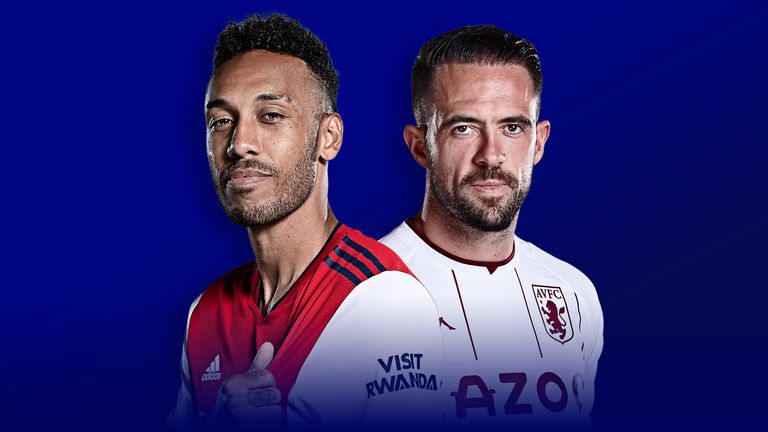 Team news, stats and prediction ahead of Arsenal vs Aston Villa in the Premier League on Friday Night Football; kick-off 8pm.

It remains to be seen if Arsenal forward Alexandre Lacazette will be rewarded for his late goal against Crystal Palace with a recall for the Aston Villa clash.

Another player who could miss out is Bukayo Saka, who was forced off at half-time on Monday after being kicked on the calf by James McArthur.

Mikel Arteta said after the game he felt the Palace midfielder was lucky to escape a red card but was coy when asked about Saka's chances of being back in time to face Villa.

"We have two or three players that finished the game with some issues," Arteta said on Thursday.

For Aston Villa, Matty Cash is fit after coming off against Wolves with a dead leg while Leon Bailey (hamstring), Bertrand Traore (hamstring) and Keinan Davis are all in contention having returned to training.

FREE TO WATCH: Highlights from Wolves' win over Aston Villa

FREE TO WATCH: Highlights from Arsenal's draw with Crystal Palace

Aston Villa boss Dean Smith says he is disappointed to see Steve Bruce sacked by Newcastle, and is full of respect for his what he has achieved in the game