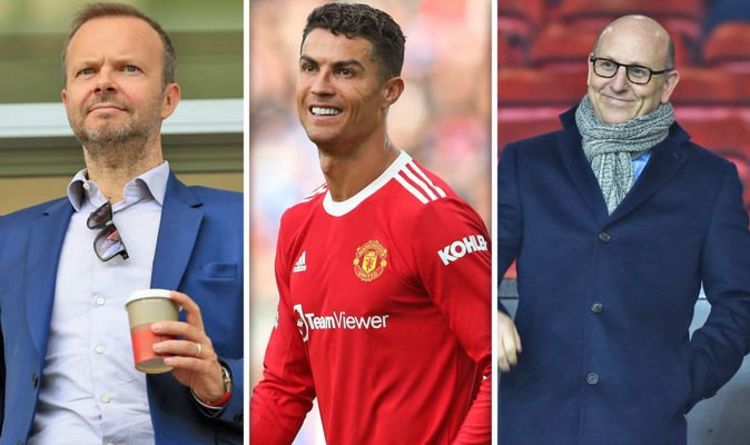 Manchester United chief Ed Woodward called Joel Glazer to advocate the return of Cristiano Ronaldo back in the summer, reports claim. The Portugal international re-signed for the club on transfer deadline day. And his sensational move back to Old Trafford was a blow to Manchester City, who had been hoping to add the veteran to their star-studded attack.

Back in the summer, United prioritised deals for Jadon Sancho and Raphael Varane.

But late on, when it became clear Ronaldo was determined to leave Juventus behind, the Red Devils then pounced to bring the veteran back to the club.

Ronaldo had previously looked set to join City, with Pep Guardiola turning to the 36-year-old after missing out on Tottenham’s Harry Kane.

However, in the end, United snapped him up instead.

And The Athletic say a phone call between Woodward and Glazer was also key to the deal.

"We’ve got 11 players out there on the pitch, we’ve got different roles and responsibilities, we put a team out that we really thought was going to win that game,” he said.

“We didn’t win against Leicester so there is always going to be criticism.

"Cristiano is a top player, we know what he can do for us and he’s doing everything he can do to help the team."

Ronaldo, meanwhile, has called on United to do everything they can to beat Atalanta in their Champions League clash.

“Our time is coming! We have to show what we are made of and the Champions League is the perfect competition to prove ourselves to the world,” he said on Instagram.

Ronaldo has signed a two-year contract with United.

But he’s hinted that he wants to stay at the club for three or four more years, despite the difficulties his second stint have brought so far.

And whether he’s able to win the Premier League title for the club again, like he did between 2006 and 2009, remains to be seen.

With so many strong teams in England, it certainly won't be easy.