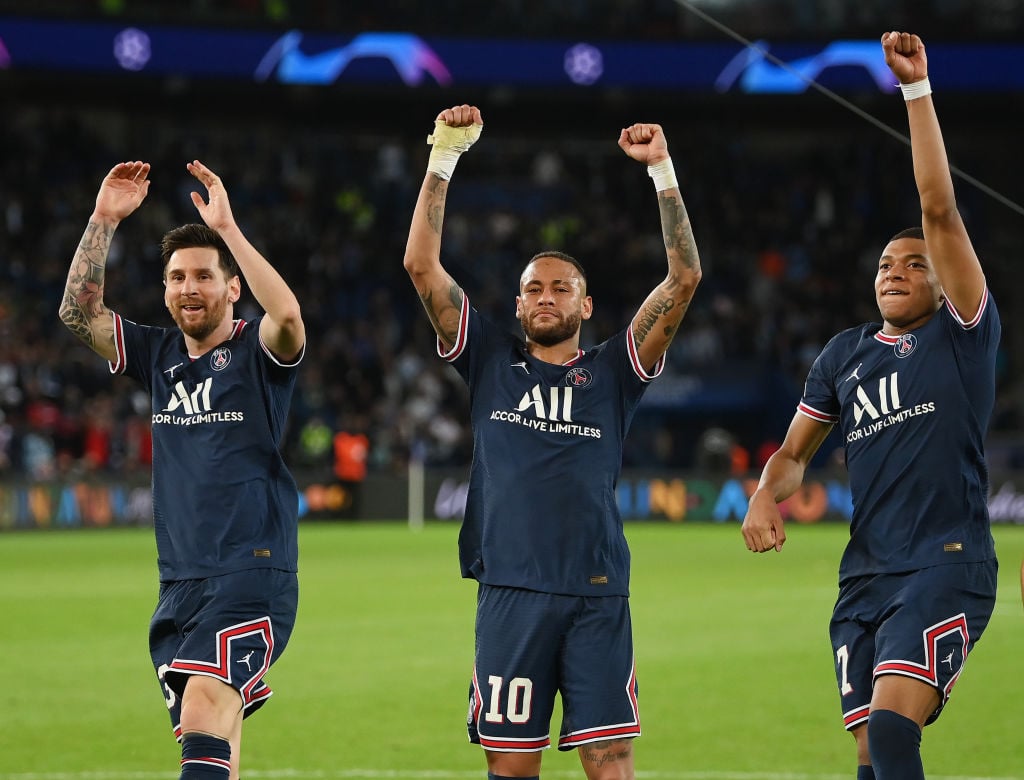 Simon Mignolet has explained why Manchester City represented a far tougher test for his Club Brugge side than Paris Saint-Germain after Tuesday’s 5-1 Champions League defeat to Pep Guardiola’s men, while speaking to the club’s official website.

Five weeks after they went toe-to-toe with the Ligue 1 giants and emerged with a well-earned point to their name, Club Brugge spent 90 minutes chasing shadows on their own Jan Breydel Stadium turf, given the run-around by Guardiola’s City slickers.

Former Liverpool ‘keeper Mignolet would be forgiven if he came down with a nasty case of lumbago, such was the frequency with which he was forced to pick the ball out the back of his own net.

Will Manchester City finish top of Champions League Group A?

“The right lessons need to be taken from this game. We need to come to terms with this result and just acknowledge the sheer quality of our opponents,” said Mignolet, adding that City’s unique ability to wreak havoc from all angles makes them a far more daunting challenge than a PSG side who appear to have sacrificed balance in favour of bombast.

“Conceding two in the first half hour, you know it’s going to be a rough day. This was also the first time we were playing a team with eleven top-notch players instead of just three superstars.

“Up front, they constantly switched positions, danger lured from all sides. Even their two full-backs managed to score! We knew this was a scenario that could happen tonight and we should learn from this experience.

“Just like the coach said about our game against PSG a couple of years ago (who beat Club Brugge 5-0 in the Belgian capital in October 2019).

“(Man City) had a stronger team than the latter-day PSG, but we will be taking a lot from this game to the next. I’m disappointed, yes.”

Manchester City have now picked up six points from a possible nine in the Champions League, scoring 11 goals along the way.

In other news, 'Extremely sharp': Ferencvaros coach explains what impressed him about Celtic