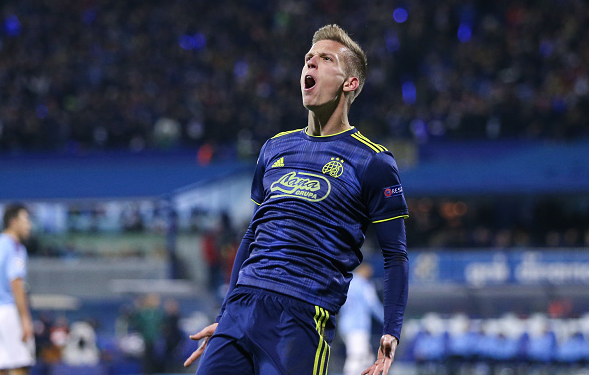 Manchester City and Manchester United are interested in a move for RB Leipzig’s Dani Olmo should he become available.

That’s according to SportBILD journalist Christian Falk, who says they will both move if Barcelona cannot afford the Spaniard.

Olmo is one of the stars of the show for Leipzig and has regularly been linked with a move away from the German club as a result.

Barcelona are particularly keen on him, with president Joan Laporta desperate to sign players with a Barcelona DNA, in other words, players who have come through La Masia and understand the club.

Olmo is one such player, and numerous reports over the last few months have indicated that they could make a move in January or next summer.

The major problem for them is the finances involved, with the Spanish giants in financial turmoil and not in a position to pay the kid of money Leipzig would want for one of their prized assets.

If that scuppered a move, it seems both Manchester clubs are waiting in the wings, with Falk reporting that Manchester City and Manchester United are ‘interested’ in him.

In fact, the latter have been scouting him at ‘many matches’ and should a move happen, Falk believes it is more likely to be to England.

“Of course, Barcelona also have hopes of Olmo, but they don’t have the money at the back and at the front, and it is questionable whether they can afford him,” he told BILD.

“Manchester United have had scouts watching Olmo at practically every recent home game.

“Of course, we have to be careful, because local rivals Manchester City also have him on their books.

“You can imagine that Pep Guardiola will also like him because he would fit perfectly into the team’s system.

“United and City are my favourites at the moment if Olmo were to be released by RB.”

The interesting thing here is that SportBILD had a double-paged spread on Olmo today (which you can see above) and there was absolutely no mention of either Manchester club in it.

That’s a little strange given Falk had so much information on them for his appearance on this week’s Englische Woche, meaning he either elected to hold it back for the show and Twitter or it’s brand new.

We’re going to go with the former for the time being, after all, Falk loves anything that will give him Klout, meaning we’ll take this with a pinch of salt as a result.