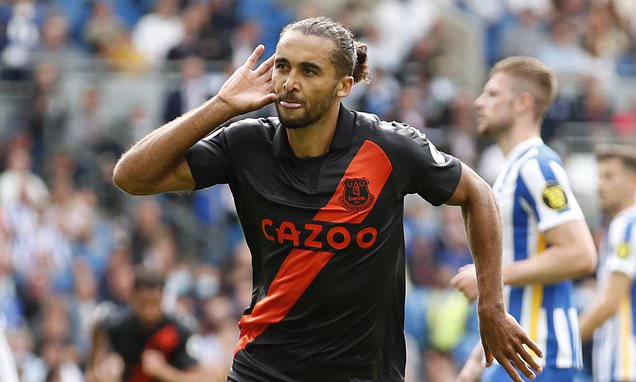 The Magpies became the wealthiest club in the world after Amanda Staveley, Mehrdad Ghodoussi and the Saudi Public Investment Fund bought out Mike Ashley.

As a result, Newcastle are now said to be in the market for a new striker. However, they will face stiff competition from Arsenal, Manchester City and Manchester United to sign the 24-year-old.

According to The Telegraph, Newcastle are eager to sign Calvert-Lewin as the club's current recruitment team hold the striker in high regard.


They believe he would be a valuable addition to the squad and think he would compliment their current No 9, Callum Wilson, well.

The decision to pine after Calvert-Lewin has come shortly after Steve Bruce was sacked by the Saudi Arabian consortium.

Bruce was relieved of his duties nearly two weeks after the consortium bought the club. He drew his 1,000th career game in management 2-2 with Tottenham before being asked to leave his boyhood club.

Newcastle are now said to be in the market for a new striker following the completed takeover from the Saudi group. Pictured: New chairman Yasir Al-Rumayyan

The club's recruitment team believe he would be a valuable addition to the squad and think he would compliment their current No 9, Callum Wilson (above), well

Newcastle will have to battle it out with Arsenal, Manchester City and Manchester United to sign Calvert-Lewin.

Mikel Arteta is said to be planning an attacking overhaul, despite having just spent around £150m on six new arrivals.

With Pierre Emerick-Aubameyang turning 33 at the end of the campaign and Alexandre Lacazette entering into the final year of his contract, Arsenal believe Calvert-Lewin would be the perfect acquisition.

Standing at 6ft 2in, Calvert-Lewin could be the answer to Arsenal's problems. Having attempted the third-most crosses in the top flight last term and failed to convert them into goals, the Gunners could benefit from Calvert-Lewin's impressive heading ability.

Newcastle will have to battle it out with Arsenal, Man City and Man United to sign the striker

Nevertheless, it will be difficult for Arsenal to sign Calvert-Lewin given the current hype surrounding the striker.

The Everton-man scored 21 goals in all competitions and 16 in the Premier League last season.

As a result, he received a call-up to Gareth Southgate's European Championship squad in the summer.

His form carried over into this season where he scored in the first three games of the Premier League campaign before fracturing his toe.