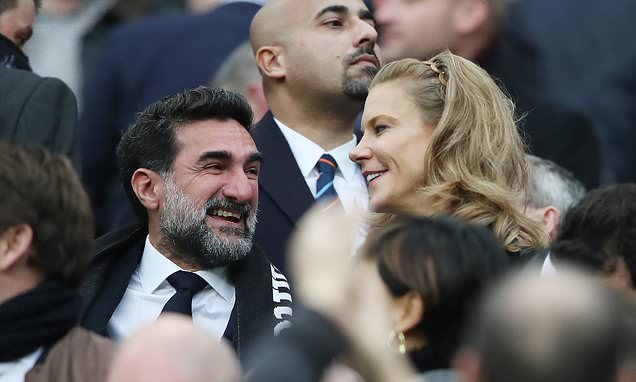 The Premier League are taking legal advice about whether their temporary ban on clubs agreeing sponsorship deals with companies linked to their owners can be made permanent as the in-fighting caused by Newcastle’s Saudi-funded takeover rages on.

Eighteen of the 20 top-flight clubs voted in favour of a four-week ban at an emergency meeting on Monday, with Newcastle voting against and Manchester City abstaining.

Newcastle are understood to be considering seeking an injunction to block the measure, which has been introduced in response to the club’s £305million takeover by Saudi Arabia’s Public Investment Fund earlier this month, while City have also questioned its legality. But the other 18 clubs appear determined to restrict Newcastle’s spending power and have asked the Premier League to refine the rule change to ensure it is legally enforceable.

The Newcastle takeover has caused a real crisis for the Premier League executive, who are caught between angry clubs demanding regulation to prevent a Saudi-funded spending spree and a Government who were influential in pushing through the deal. A working party is being set up to examine further possible rule changes, and Newcastle have been invited on to it.


The Premier League’s next shareholders’ meeting is scheduled for November 11, when they could vote to make the ban permanent. City’s decision to abstain on Monday was based on legal advice that restricting commercial deals could be considered anti-competitive, as well as concerns about the speed of the decision and the Premier League’s governance.

The club’s stadium, training ground and shirts are all sponsored by Etihad, the Abu Dhabi national airline controlled by their owners.

Meanwhile, BBC Sport came under fire over their coverage of Newcastle’s takeover, with the corporation criticised by MPs at a Digital, Culture, Media and Sport committee meeting for underplaying the human rights issues linked to the Saudi owners. BBC pundit and Newcastle legend Alan Shearer was singled out after he spoke positively about the takeover. Asked by Julian Knight MP whether Shearer’s take on Newcastle’s new owners was appropriate, BBC Sport director Barbara Slater said: ‘Alan didn’t shy away from the human rights issues, but he also spoke as a fan of the club (about) what the potential for more investment would mean.’