‘Better than Sancho’: Some Man City fans laud ‘superstar’ talent after this moment in Europe
HITC 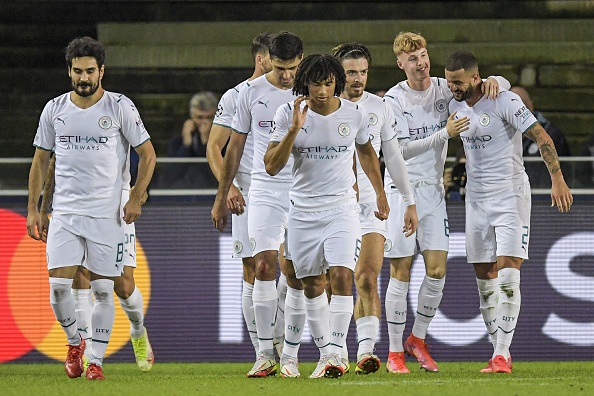 Manchester City eased past Club Brugge in the UEFA Champions League this evening, and it was a night to remember for Cole Palmer.

The 19-year-old attacking midfielder scored his first-ever European goal for the senior side as the City academy graduate bagged Pep Guardiola side’s fourth goal of the evening.

Palmer has had a handful of first-team appearances this season, and the teenager took his chance well in the Champions League to open his continental account.

The midfielder is one of the top talents coming through at the City academy. With Palmer hitting a hat-trick against Leicester City in the Premier League 2 before tonight’s Champions League heroics.

Indeed, with Phil Foden asserting himself as one of City’s most important players, Palmer will be hoping to replicate his academy teammate following his first goal in the Champions League.

The Manchester giants look set to qualify from their Champions League group. And Palmer could find more chances to impress the City fans in the coming weeks.

Yet the midfielder has more than won the City faithful over. With some supporters on social media buzzing with Palmer’s performance as well as hit first-ever European goal.

Ladies and gentleman, Europe, the whole of the world: Cole Jermaine Palmer from Wythenshawe has officially arrived on the #UCL scene. Watch out. 😏🔥 @ManCity

Cole Palmer comes on and scores a banger immediately. We’ve got a future superstar on our hands omdsss

Man City has a new Star boy in town and his name is Cole Jermaine Palmer 😋🔵💙. pic.twitter.com/M9xmVDdWFQ

Cole Palmer is gonna be such a special player… pic.twitter.com/m9dRhwpgN2

In other news, 0 wins in 8 games: Reported Tottenham and West Ham target should leave after 5-1 thumping