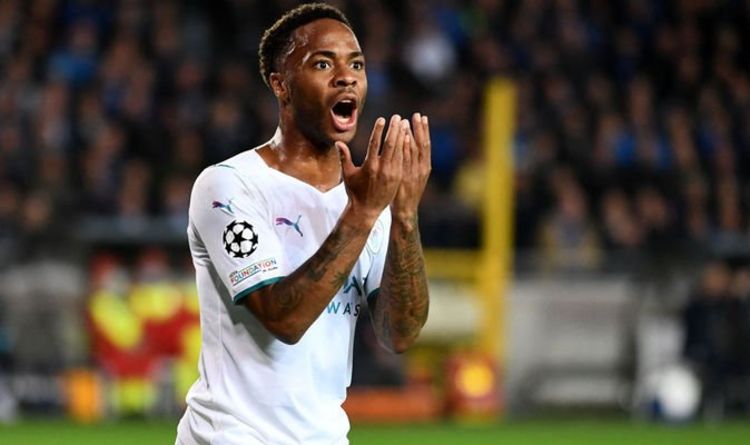 Raheem Sterling missed a whole host of chances despite Manchester City romping to a 5-1 win over Club Brugge in Belgium on Tuesday night - and with media speculation on his future rife, he has come under much criticism. However, Martin Keown has backed his statements in the press, calling his honesty about a move away 'refreshing'.

Sterling has been linked with a move to Arsenal and Newcastle after not featuring as prominently for City this season under Pep Guardiola.

Having been at the forefront of their Premier League successes over the course of his career in Manchester, it is a sign of the times that emerging stars such as Ferran Torres and Phil Foden are currently playing ahead of him.

With 79 goals in just 203 Premier League games for the Etihad-based outfit, Sterling has proven he's more than an option off the bench for Guardiola.

But the Spanish head coach has often rotated his squad around and Sterling is feeling the brunt of a refreshed City side.

Raheem Sterling has been linked with a move away from Manchester City (Image: GETTY)

In an interview at the FT Business of Sport summit, Sterling admitted he was open to a move away from City.

But after facing flack for his comments, Martin Keown has backed him over his claims.

Speaking to BT Sport, the former Arsenal and England defender said it was refreshing for players to admit their honesty.

"He did, also he didn’t want to rock the boat and stress the manager," Keown said.

"It’s refreshing when a player is honest. I don’t think it’s disrupted City too much, you’ve got to remember it’s the oxygen for players they’re picked every week, sitting on the bench is difficult.

"I get on with my work, do what I need to do. And I'm just raring to go - playing football matches regularly, score goals regularly.

"From being a young child, football has been the most important thing in my life, my most happiest I should say.

"If I want my happiness at a certain level I need to be playing football. I need to be scoring goals and enjoying myself."