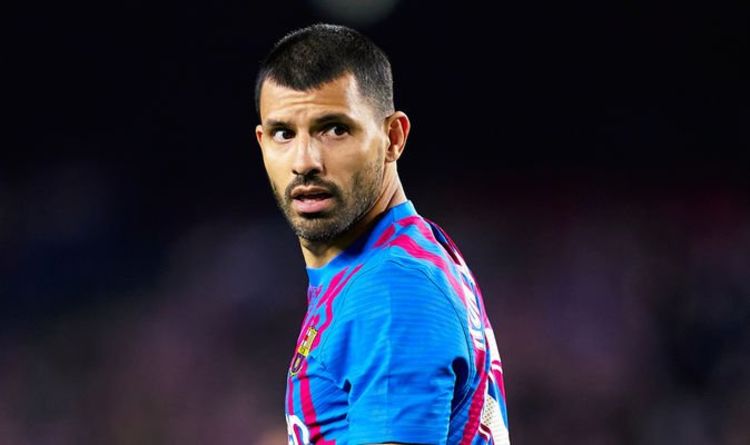 Sergio Aguero became synonymous with the No 10 shirt in his time at Manchester City, and it was expected that he would take it again following his transfer to Barcelona this summer.

But the Argentina international turned down the offer - instead admitting that he gave it to Ansu Fati as he is a better fit for the famous shirt.

It was left by Barcelona's greatest ever player Lionel Messi over the summer as he left for Paris Saint-Germain.

And having played with Messi for a decade in the Argentina national team, it was thought Aguero would take his number.

But it wasn't to be - with 'Kun' instead passing it up to Barcelona's latest prodigy Ansu Fati.

Sergio Aguero has only recently made his debut despite signing in the summerq (Image: GETTY)

And the Buenos Aires-born talisman has offered his reasoning for his decision.

“I chose number 19 because it was available, and I wear it with the Argentina national team," Aguero said.

“Ansu is still a young player and it is difficult to stay at a high level all the time.

And Ronald Koeman will be hoping Aguero can guide him through the early days of his career after the pair were both injured.

"Aguero? He's an important player. He'll be better with the passing of time," Koeman said.

"It's not a question of quality, it's just a condition problem."