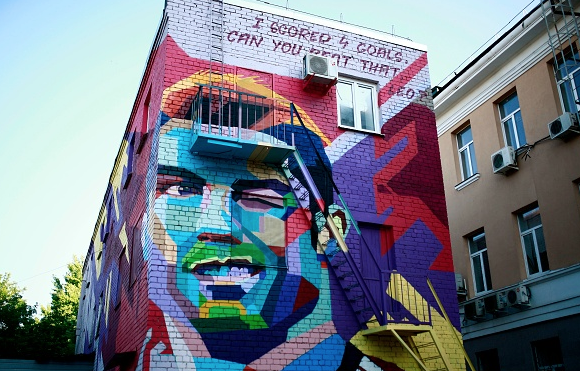 It would have been difficult for Cristiano Ronaldo to have the ‘courage’ to sign for Manchester City, given his ties to Manchester United.

That’s according to former teammate Fabio, who says he never believed for one minute that the forward would end up at the Etihad.

Ronaldo sensationally returned to Manchester United from Juventus this summer when it became clear that both he and the Italian side wanted to part ways.

The return to Old Trafford was completed in quick fashion at the end of the transfer window after a summer of speculation about a move elsewhere.

One club who were linked with a move were Manchester City, who were keen on signing a striker after Sergio Aguero departed for Barcelona.

At one point, it appeared the move was tied up, which led to Manchester United making their move to bring him back to the club.

The feeling is that super-agent Jorge Mendes used City to get the deal, and Fabio can see that, saying he never thought Ronaldo would end up on the other side of Manchester.

“Man, I couldn’t imagine it. When they told me, I couldn’t believe it,” he told ESPN Brazil.

“It was Pedro, who plays here with me, who said: ‘Manchester City are almost done with Cristiano’. I said: ‘It’s not possible’. I didn’t believe it at any point.

“I don’t know if it was a move made by Jorge Mendes, his manager, to create something because that’s what happens nowadays. I’m just saying that because I don’t have any idea.

“I didn’t believe at any point that he was going to City. From his history at United, from what I know a bit from the two years I played with him.

“It would have been difficult for him to have the courage to play for City because he preserves that history so much. Equally, I’m sure he wouldn’t play at Barcelona.

“He greatly values the history he has made wherever he has been. Cristiano Ronaldo played at the clubs he wanted that he had the dream of.

“Manchester, Real Madrid and Juventus. That’s why I don’t think he would tarnish that history.”