‘Madness’: Some Man City fans can’t believe what talent who is ‘built different’ did yesterday
HITC 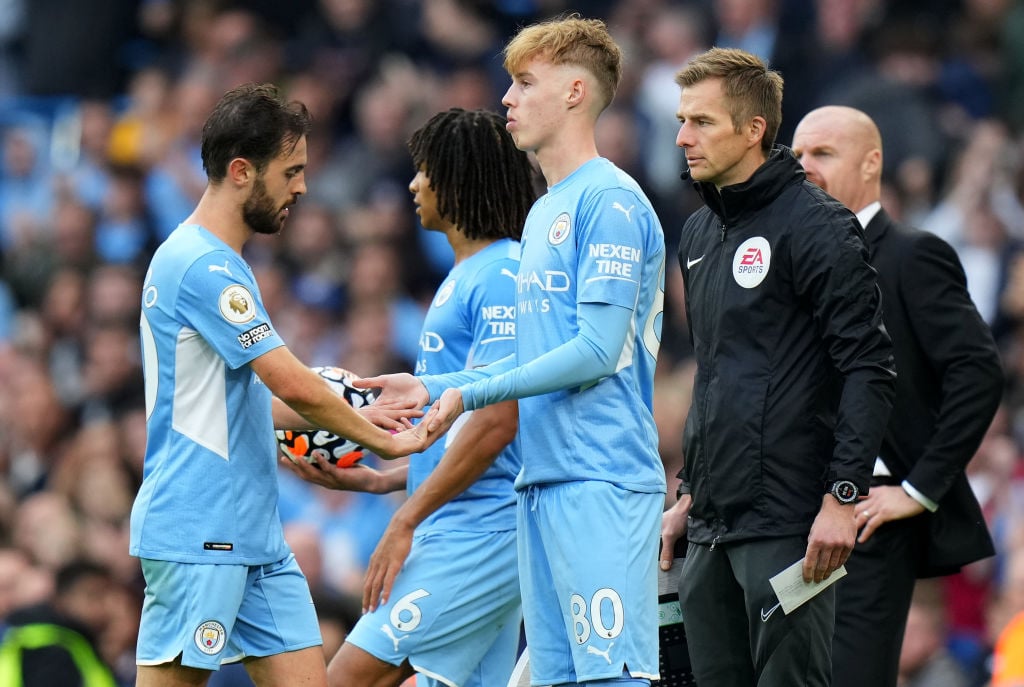 Manchester City returned to winning ways as Pep Guardiola’s side claimed a 2-0 win over Burnley, yet for Cole Palmer, it was one of two wins the youngster competed in yesterday.

The teenage talent was a late substitute for the Manchester side before Palmer later in the day started for City in their U-23 clash against Leicester City.

Moreover, the 19-year-old talent scored a hat-trick as the reigning Premier League 2 champions claimed a huge 5-0 win over the Foxes. With Palmer playing twice, you can imagine the reaction online.

Indeed, with Palmer only playing a handful of minutes against Burnley, it’s perhaps not too surprising to see the teenage midfielder later compete for City’s U-23 side earlier in the day.

However, the impressive feat is just how productive Palmer on the day. The midfielder has been a star at U-23 level this season. And there’s a strong chance that the youngster will soon make a permanent switch to the first team.

With Phil Foden currently one of City’s top players, Palmer could well be the latest academy name to assert themselves under Guardiola in the senior squad.

Man City fans are lost for words over Palmer

Indeed, reaction to Palmer’s achievement yesterday was staggering. Neutral fans were stunned that the teenager played twice in the same day, whilst City fans were also speechless.

truly is a madness

Palmer is going somewhere far in football like Phil.