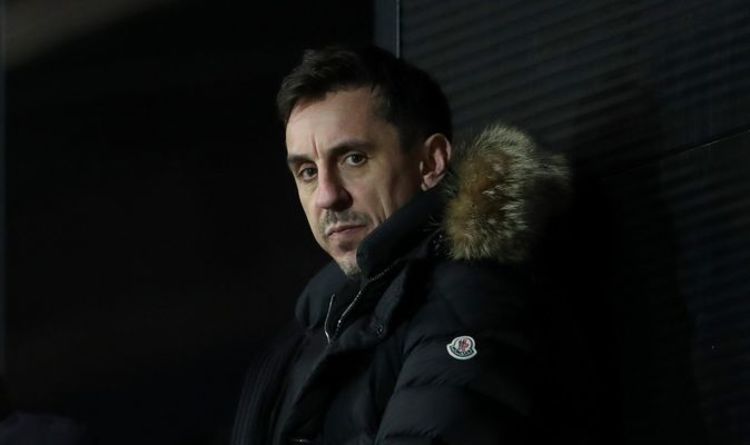 Gary Neville believes Manchester City are still best placed to pip the likes of Chelsea and Liverpool to the title. Pep Guardiola’s side are currently in third position, trailing Thomas Tuchel’s Chelsea side by two points.

City, Liverpool, and Chelsea all secured vital victories over Burnley, Watford, and Brentford respectively, and the three giants look like the teams to beat.

Cristiano Ronaldo’s sensational return to Manchester United, as well as his spectacular early form for the Red Devils had many placing United as one of the contenders.

However, Ole Gunnar Solskjaer’s side dropped out of the top four after they were beaten 4-2 away to Leicester City in a spectacular game at the King Power Stadium.

Overall, Neville’s thoughts on who will finish the season as champions from the start of the season have not changed; believing Guardiola’s side are the marginal favourites.

“You have to go City because I picked them at the start of the season, but I do think Chelsea have a chance,” said Neville.

“Lukaku’s not at his best either so again that’s another good sign, you’re top of the league and your main strikers not firing so he’ll fire later in the season.

“I think Chelsea’s side is really strong, we’ve seen without two or three centre-halves they can perform.”