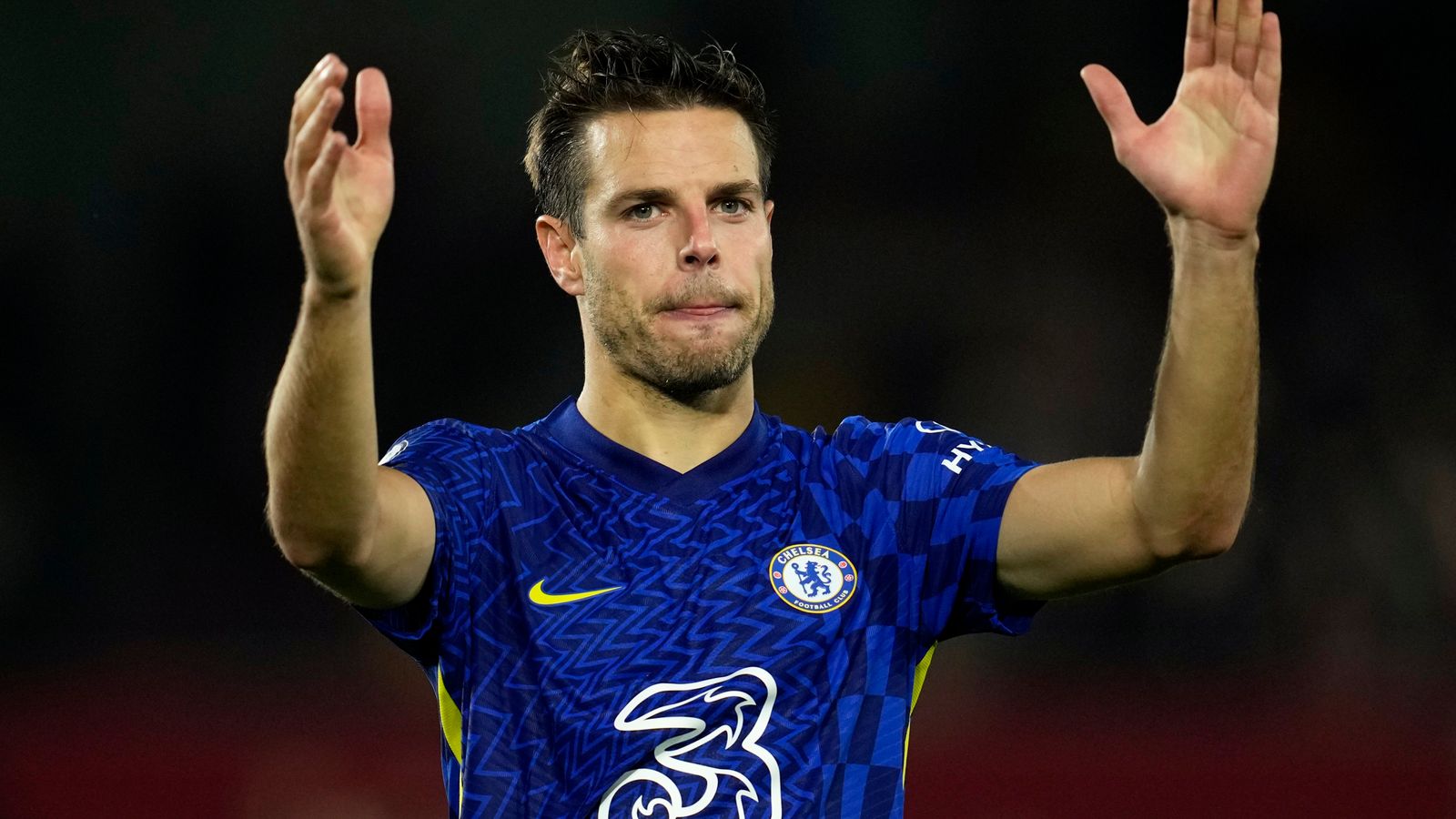 Edouard Mendy's stunning string of saves ensured Chelsea climbed back to the top of the Premier League, with Ben Chilwell's strike sealing a nervy 1-0 win at luckless Brentford.

England full-back Chilwell's second league goal in as many games pushed Chelsea back ahead of Liverpool in the standings - but Senegal stopper Mendy's inspired showing secured the points.

"I think Chelsea can win the title," Neville told Sky Sports. "I know people will say Manchester City or Liverpool and you can't disagree with that given what they've done over the last three or four years.

"City's performance at Chelsea a few weeks ago was incredible, but I do feel this Chelsea team are resilient and are tough to play against. I can't think that any team in the league would like to play against them.

"I know Brentford have enjoyed the last 10 to 15 minutes, but this was a tough game for them for the first 70-80 minutes. They couldn't get into it, they had to change and they had a bit of joy at the end.

"That was a Chelsea team that had a few players missing as well, and they've got so many to come back. They had so many good players coming off the bench too, so I feel they've got a great shout of winning the title."

Norgaard saw an effort cleared off the line by Trevoh Chalobah too, as Chelsea refused to break despite some desperate defending.

Neville added: "Brentford brought [Marcus] Forss on to stop Ruben Loftus-Cheek playing and all of a sudden, the game changed.

"Brentford completely altered the way they played in the second half. Mendy was absolutely brilliant, and if you're going to win a title you need your goalkeeper.

"Chelsea were conceding too easily before. There were times when with Kepa, goals were going in far too easy. Some of the goals were two metres inside the post it felt. But it's a lot harder to score now against them."

Thomas Frank was proud of Brentford's performance against Chelsea, saying the European champions were very lucky to escape with the win

After victories for Liverpool and Man City earlier on Saturday, the pressure was on Chelsea to keep up the pace in what promises to be a tight title race, and they returned to the top of the pile with their sixth win of the season.

The German reserved special praise for his goalkeeper.

"This clean sheet is down to Edou today," the Chelsea head coach said. "Maybe not the cleanest sheet we ever had but very important to get the three points."

"Better to be [top] than the other way around but it's way too early and there's too many teams that are close, so with every draw, with every loss you can win or lose three or four positions. That's not the main point in October.

"In these moments it helps if you have Toni (Rudiger) or Thiago (Silva) to stay calm, to win decisive challenges... but we don't want to talk about guys who are not here. We trust the guys who played and if you don't play you can't get experiences and they did very, very good.

"In the last 25 minutes we need to talk where we can do better but there's always room to improve."

Brentford now host Leicester in the Premier League on Sunday October 24 at 2pm, while Chelsea host Malmo in the Champions League at 8pm on Wednesday October 20 before welcoming Norwich at 12.30pm on Saturday October 23.