Report: How ‘potent’ player is doing in training after Arsenal bid claims
HITC 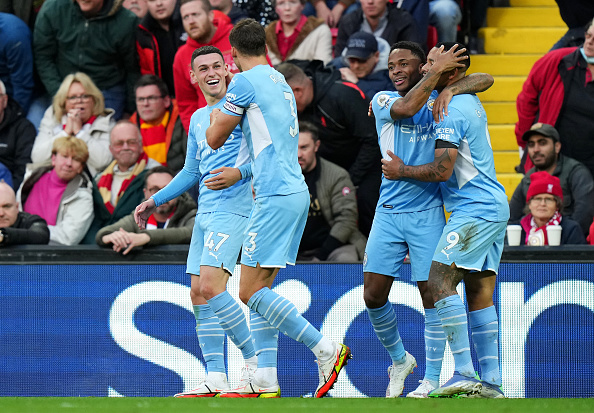 ESPN have reported that City staff have been impressed by how Sterling has worked in training to adapt to the number 9 role.

Then CalcioMercato claimed that the Gunners have offered City a choice out of Alexandre Lacazette, Gabriel Martinelli and William Saliba to be included in the deal for Sterling, who can also operate as a winger.

We covered the report here on HITC Sport.

Sterling has said this week that he is open to leaving City if he does not get much playing time.

City manager Pep Guardiola himself has said that the 26-year-old can go if he wants to.

It is actually very encouraging to hear that Sterling – who has scored 97 goals in the Premier League so far in his career – is doing well in training.

Because it shows the Englishman’s character and personality.

Sterling – described as “potent” by Arsenal legend Ian Wright on ITV (7:04pm, October 9, 2021) – is working hard in training despite not being guaranteed playing time at City.

It shows his commitment and professionalism.

Such a player would be welcomed at Arsenal.

In other news, Everton board were divided about signing £13m Mino Raiola client; made loan bid