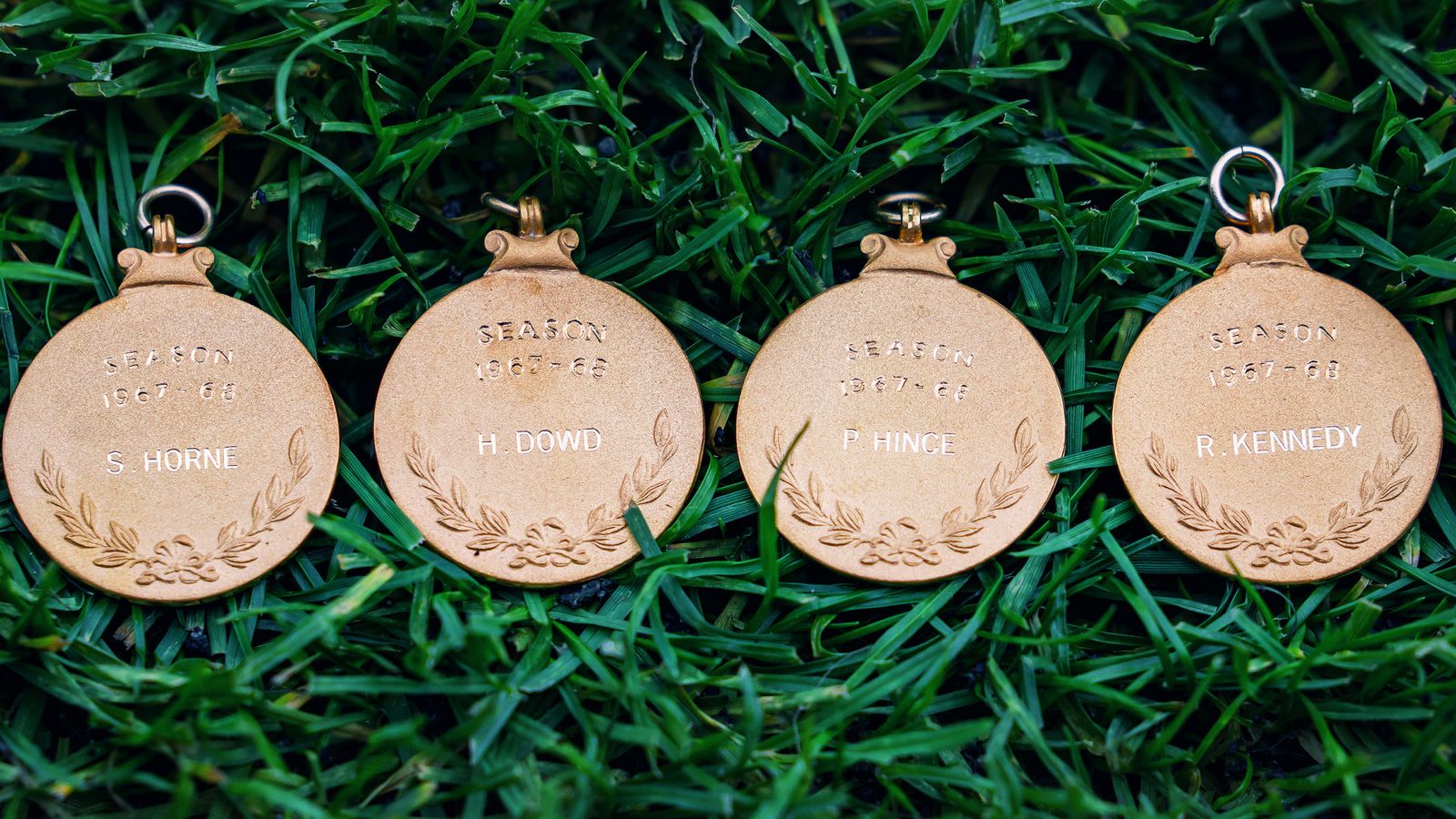 Four former Manchester City players, including Stan Horne, have been awarded medals in recognition of their contributions to the club's 1967-68 title-winning season.

Horne, Paul Hince, Bobby Kennedy and the late Harry Dowd did not receive medals due to a smaller allocation being awarded by the Football League in those days.

City finished two points clear of Manchester United that season under the combined management of Joe Mercer and Malcolm Allison and the club's request to the EFL for the medals to be awarded was approved in January 2021.

The gold medals are exact replicas of those presented to their teammates at the end of the 1967-68 season.

Horne, Kennedy and the sons of Hince and Dowd will receive the accolades during half-time of City's Premier League home game against Burnley on Saturday.

Former midfielder Horne, who made five league appearances for City that season to become the first Black footballer to win the English Football League, said: "We are all absolutely ecstatic.

"When the letter came that I was going to receive this medal, I was absolutely overjoyed, over the blue moon as you might say.

"It was a fantastic time, playing with some of the best players of that era. The families of the four of us are so proud, you cannot describe it. I cannot dream of anything better.

"Being recognised is brilliant. We were very lucky to be a part of that team.

"I am just overjoyed to think that people will now, when they speak to us, say 'you have won a First Division medal', and that is something we will treasure for the rest of our lives."

"They helped the club win the league and it is so fitting that they are recognised.

"I always say this club's history is so important. Without all the amazing people in the past who made this football club what it is today, we would not be here right now.

"I want to send a huge congratulations to all the guys and their families - and I know our fans will give them a fantastic reception at the Etihad."