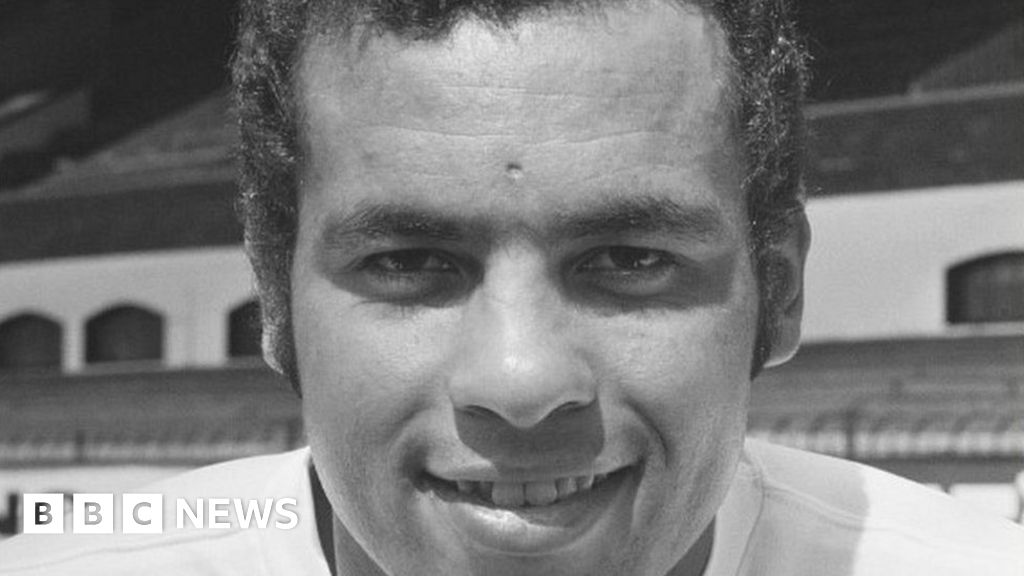 Image caption, Stan Horne said it was "wonderful" to get a medal

The first black player to win the English football league is set to receive a medal after a 53-year wait.

Stan Horne was the first black footballer at Manchester City when he joined the club in 1965.

However an injury kept him out of most of the club's championship campaign in 1968, meaning he was not eligible for a medal under the rules at the time.

He said he was "overjoyed" that City had decided to present the medals to him and other players who missed out.

Horne and Bobby Kennedy will receive the accolade at the club's home game with Burnley later.

The sons of former players Paul Hince, who later worked as journalist covering the club's matches, and the late Harry Dowd will also receive medals in recognition of their fathers' contributions in City's second top-flight title win.

"It's a wonderful thing and I can't thank City enough for getting involved and making this happen," Horne said.

"It was an easy team to play in because in my position at right-half all I had to do was win the ball and give it to Colin Bell or Mike Summerbee and then they got on with the game and probably won it for us."

Image caption, Stan Horne played for Manchester City between 1965 and 1969

Born in Oxfordshire, Horne signed as a professional at Aston Villa in 1962.

He later moved to City where he helped the club win the Second Division title in 1966.

A serious foot injury prevented him from participating in most of the club's championship-winning season in 1968.

However, a rule change by the Football League since then has enabled players who featured in at least five games to receive a medal.

Current City manager Pep Guardiola said the four men "helped the club win the league and it is so fitting that they are recognised".

"I always say this club's history is so important. Without all the amazing people in the past who made this football club what it is today, we would not be here right now," he said.

Image caption, Harry Dowd (second from right) was part of the City team that won the FA Cup in 1969

Horne said being a black footballer was "rare" in the 1960s and that "fans treated it as a novelty".

He said some opposing players directing racist insults at him "made me more determined to do well, it helped me more than injured me".

"I will be more than proud to receive this medal on behalf of the black and non-white people who play the game now," he added.

Horne later moved to Fulham, Chester and Rochdale before playing in the US. On retiring from the sport, he joined the building trade back in England.

He said the medal presentation "hasn't sunk in yet".

"I'll put it alongside my Second Division medal, it's something I'll treasure for the rest of my life," he said.