Ranking every current Premier League No.7 from worst to best
Planet Football 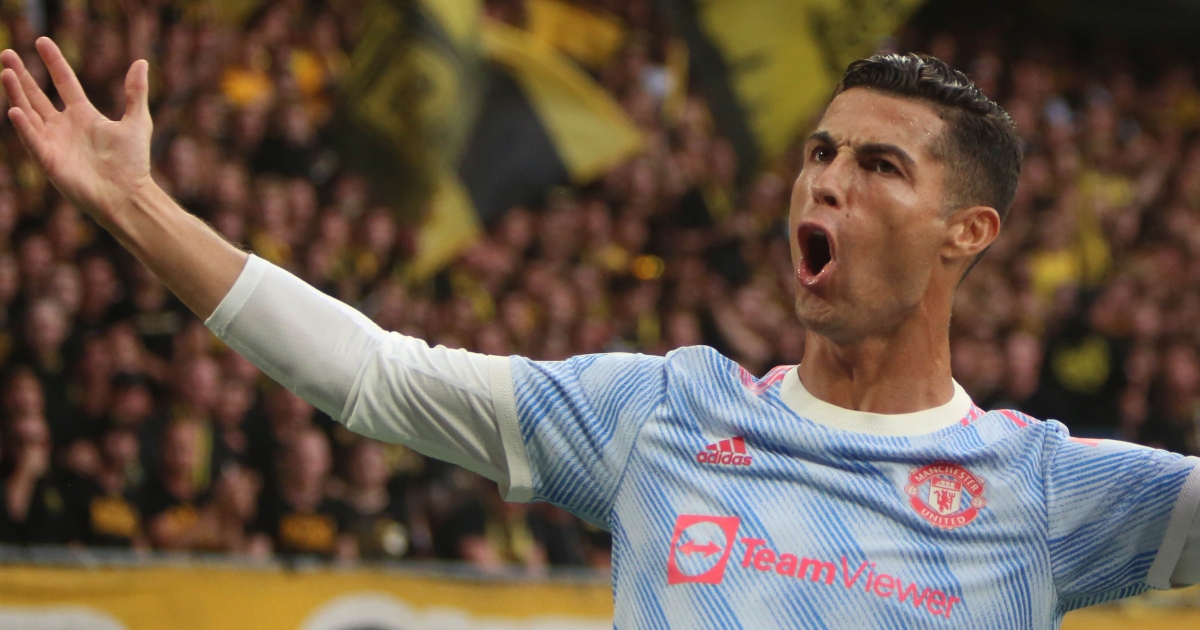 The No.7 shirt is incredibly iconic for plenty of Premier League clubs, making it a special one for players to wear – especially for wingers and attackers.

Despite the nature of the number, it hasn’t always landed in the hands of the league’s most prestigious players, meaning there is a mixed bag of people wearing it.

So, we decided to rank the Premier League’s sevens from worst to best.

Ian Poveda has technically been Leeds’ number seven, with it adorning his back last term, but he’s currently wearing the number 30 on loan at Blackburn Rovers.

This has left the shirt vacant at Elland Road for the time being.

The Republic of Ireland international can be a real nuisance on his day but has only managed 41 minutes in all competitions this term, after being loaned out to Bournemouth for the second half of last season.

He’ll probably still pop up to get a goal at some point, though.

Since signing from Hoffenheim, the German has played his part in Daniel Farke’s squad, but hasn’t always managed to keep hold of his spot in the team.

The biggest sign of this is that he was left on the bench for the Canaries’ already key match against Watford.

Is it ever going to happen for him at Newcastle? Probably not.

Now 25 years old and and in his third season at St James’ Park, Joelinton still doesn’t look close to the man Newcastle thought they were getting from Hoffenheim, and he’s yet to score this season.

READ: Ranking every player to wear No.9 for Newcastle in the Premier League

The Norwegian was non-existent during his spell at Everton and is yet to score a goal for Watford – well, one that’s counted, anyway.

He’s been getting plenty of game time, providing assists against Norwich and Newcastle, so Claudio Ranieri will be hoping to get the best out of him.

Connolly has undoubted potential, but it has felt as though the 21-year-old’s career is stuttering a little bit as he has managed just 59 Premier League minutes this season.

An EFL Cup double against Swansea City showed what he’s capable of, so with time on his side he’ll likely be higher up this list in the future.

The Iceland international is far from the most eye-catching winger in the league but can prove important for Sean Dyche’s side with his defensive work rate and quality on the ball.

His crosses into the box can be particularly satisfying, especially with the knowledge they’ll result in some sort of pitched battle reach them.

Yarmolenko has been far from the best in West Ham colours, but the 31-year-old’s performances for Ukraine have managed to bump him up this list a bit.

He’s just four goals off Andriy Shevchenko, the nation’s top-scorer, and after converting against the Netherlands and North Macedonia at the Euros, he scored against Finland and Bosnia & Herzegovina in the October international break in his efforts to take them to the World Cup.

We haven’t seen much of Olise in the Premier League yet owing to injury, but he offered a glimpse of what he can do by scoring the goal that started Palace’s comeback against Leicester City.

This comes after he made 19 goal contributions in the Championship for Reading last term, so expect him to be higher on this list in the future.

Brentford and Canos announced themselves to the Premier League in style, as the Spaniard scored with a well-taken finish to open their account in a 2-0 win against Arsenal.

Both club and player have continued to impress, indicating that Canos will be a key player for the Bees in the top tier.

At 35 years old, Milner won’t be playing week-in, week-out but has shown himself to be a reliable player for Liverpool when called upon – even in recent seasons.

There is still life in the old boy, and his haul of three Premier League titles and six other trophies help to keep him in a fairly high position.

READ: Six times James Milner was a better person than all of us put together

It’s been too long since we’ve seen the Portuguese winger tearing around the pitch due to an injury that has kept him out since April.

Still, our memory lasts long enough to realise that the Wolves man is a serious threat on his day and keep us looking forward to seeing him back.

Barnes is unlucky that England’s attack is brimming with the talent it has, otherwise the 23-year-old would surely have more than the one cap he currently has to his name.

The Foxes’ academy graduate is loved by Leicester fans and for good reason, as his goal and assist against Napoli in the Europa League offer an indication of what he is capable of.

Richarlison scored five goals and provided a special performance against Germany to help Brazil on their way to Olympic gold.

While Andros Townsend and Demarai Gray have ensured Everton can still cause a threat in his absence, Rafa Benitez will be itching to get the 24-year-old back after his goal and assist in the Toffees’ season opener.

With Jack Grealish gone, McGinn has taken on a lot of the responsibility at Villa Park and has shown that he is a player with plenty of quality.

He’s also proving an important player for Scotland, having scored the equaliser with the beauty below, helping them overcome Israel in the World Cup qualifiers.

John McGinn is truly at the heart of everybody Scottish. And I couldn’t be happier for the lad.#AVFC
pic.twitter.com/msI8sqH4Wx

Saka had a fairly slow start to the season after the Euros, but grabbing a goal and assist against Tottenham Hotspur was the perfect way to end that.

The Arsenal man is adored by fans of club and country and will only become more important for both as time progresses.

Pep Guardiola hasn’t been affording Sterling the game time he’d like at Man City, but we’ve seen more than enough down the years for club and country to know that he’s pure quality.

Just look at what he did during the Euros.

The South Korean has shown time and time again that he is capable of scoring in big games for Spurs, having already done so against Man City and Arsenal this season – even if it wasn’t enough to avoid defeat in the latter.

Spurs fans love him and we can see why.

READ: The 4 players Spurs signed alongside Son Heung-min and how they fared

We don’t need to say too much about how brilliant Kante is at running the midfield, you’ve heard it all before.

What we will say is that while the Frenchman isn’t the most conventional No.7 – but he’s so good that we’ll let off whoever made that decision.

Manchester United’s talisman continues a long line of iconic No.7s at Old Trafford and has made his impact known since returning to his old stomping ground.

The Portuguese forward has already scored key goals against Villarreal and West Ham to help Ole Gunnar Solskjaer’s side pick up important points.

Fabrice Muamba: Football gave me confidence as a refugee to be myself

Can you name Liverpool’s XI from James Milner’s official debut in 2015?

Ranking every player to wear No.7 for Man Utd in the Premier League