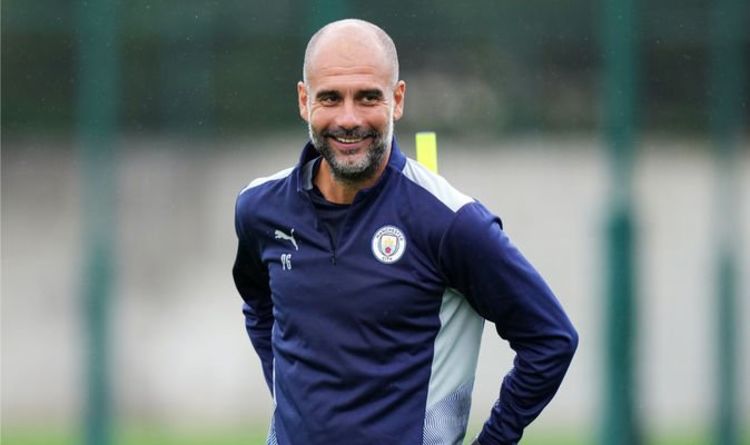 Manchester City boss Pep Guardiola has made his feelings on Bayern Munich striker Robert Lewandowski perfectly clear. The clinical frontman remains in Germany for now, although rumours continue to circulate that he could be up for a new challenge next summer, by which time the Blues could be in a prime position to strike.

The Pole is already in spectacular form this campaign, bagging 13 goals in the space of just 10 games.

Someone who is able to carry that kind of individual goals burden will surely be enticing for City, given they have gone into the season without an orthodox striker in their ranks.

Granted, their false-nine system has worked well thus far, but at least having the option of a seasoned striker would surely bail them out of certain games.

The player’s agent, Pini Zahavi, has tipped City as a ‘possible destination’ for his client next summer according to Sport-Bild.

Lewandowski and Guardiola already have a rich history from their time together in Bavaria, and the Spaniard has provided ringing endorsements in the past.

"He is the most professional player I have ever met,” he said in 2016.

“In his head, he thinks about the right food, sleep and training: 24 hours a day.

“He is always there, never injured, because he focuses on these things. He always knows what is important to be in the best condition.

Robert Lewandowski has averaged more than one goal per game over the past two seasons (Image: GETTY)

In that sense, Lewandowski could be the perfect short-term solution for one final silverware blowout before the master tactician departs.

The presence of a much younger Erling Haaland in the shop window could throw a spanner in the works, but with so many interested parties it would be no surprise if City fell short of landing him.

Even with the prolific Norwegian up for grabs, it would still be hard to ignore Lewandowski who has been the best goal-scorer in the world over the past few years.