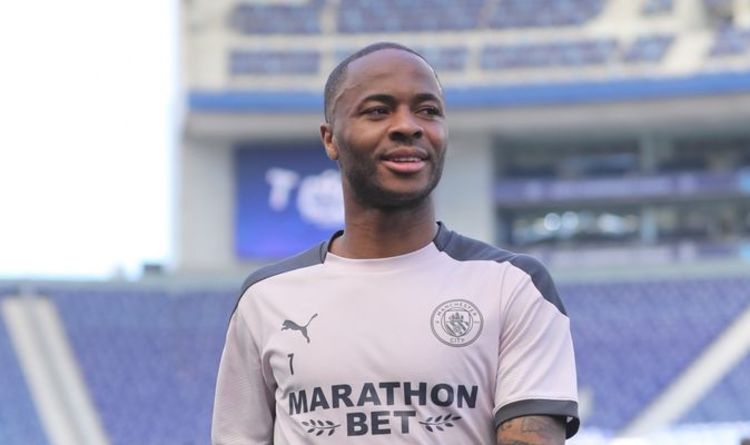 Raheem Sterling’s potential Manchester City departure could be bad news for Liverpool, Chelsea and Manchester United. The England forward has been linked with a transfer away from the Premier League champions after losing his place in Pep Guardiola’s preferred team.

Sterling endured an underwhelming season last term and has not started well since the top-flight resumed in August, despite an incredible Euro 2020.

He scored just 10 league goals last season, down by half on his tally from the campaign prior. His only strike since August came when he scored as a late substitute in August’s 5-0 thrashing of Norwich City.

The blockbuster £100million arrival of Jack Grealish has pushed Sterling further down the pecking order for the forward positions.

Grealish has started well and has limited Sterling to just two starts.

It has been suggested that Sterling, whose contract expires in 2023, could seek a fresh start somewhere else. The 26-year-old has said that he would be open to a move abroad.

Man City forward Raheem Sterling has been linked with a transfer (Image: GETTY)

But his departure would not be good news for City’s Premier League rivals.

Sterling would likely be sold for a premium fee which can be reinvested in a top-quality replacement who could fire the club to more top-flight titles.

City have recently been linked with Harry Kane and Erling Haaland. Both strikers would improve Guardiola’s team, with the Spaniard criticised for not adding a centre-forward in the summer.

Kane has appeared distracted by reports linking him with City over the summer. The England captain is understood to have wished for the transfer to happen due to his desire to win trophies.

“Some players complain because they want to play all the time. I cannot assure them, I spoke to them many times about that – I cannot assure how many minutes each one plays.

“Always they have to speak on the pitch. Not Raheem, all of them. They know they are going to play minutes. I’m not a guy that plays only 11 players – all of them are involved.

“What I want from Raheem and everyone is they have to be satisfied to be here and delighted to be in this club.

“If that’s not the case they are free to take the best decision for the player and his family. Not just Raheem, all of them want to play every game but I cannot assure them. They have to improve every training session and be there on the pitch and try to be happy there.

“Raheem played the final of the Champions League. He’s such an important player for us, many players are so important.

“But I have to treat Cole Palmer the same like Kevin De Bryune. Why should I treat Kevin De Bruyne differently than Cole Palmer? Both have parents, have friends.”