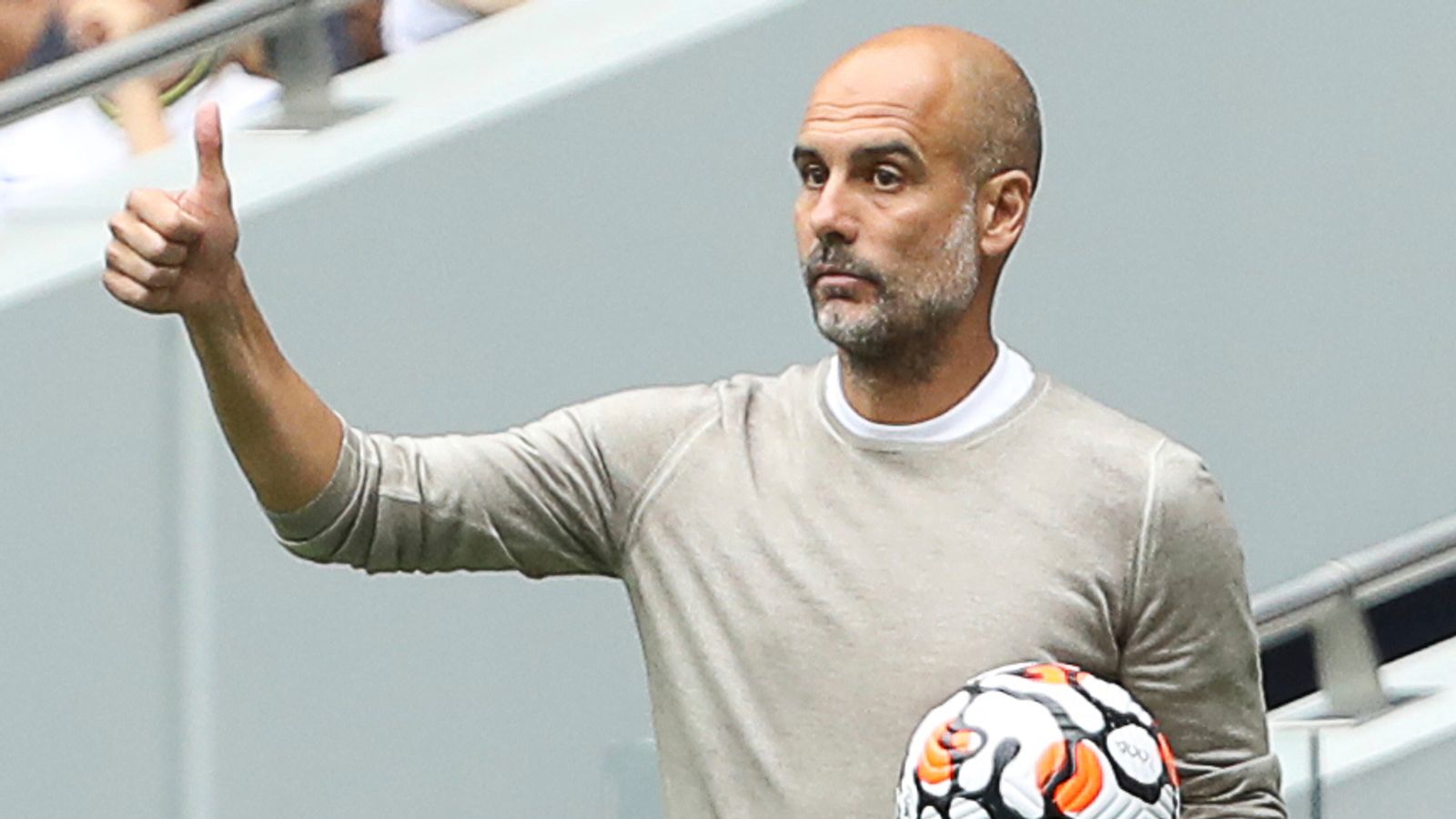 Pep Guardiola has his wish after the EFL confirmed five substitutions will be allowed for the remaining Carabao Cup games this season.

The Manchester City boss, who has been calling for five subs rule for several years, said it was "ridiculous" England is the only country that is still limited to three after his side thrashed Wycombe in one of the earlier rounds.

Fourteen of the 16 remaining clubs in the competition recently launched the proposal for the Carabao Cup, highlighting their concerns of the demanding fixture schedule to come over the coming months.

The changes will take effect in the next round - the fourth - which begins later this month when Chelsea take on Southampton, Arsenal face Leeds and QPR host Sunderland on Tuesday, October 26.

Image: Cristiano Ronaldo was on the bench as Manchester United were knocked out of the previous round by West Ham

The changes have been made in full consultation between the EFL, Premier League and the two clubs who were not on board.

Guardiola was visibly annoyed when discussing the previous three-sub rule earlier this season, asking "maybe one day, the big bosses will explain why?"

"This is why there are injuries," he said. "Every three days, game, without no preparation, no pre-season."

Liverpool boss Jurgen Klopp has also been an advocate for five subs, stating last year: "It's not an advantage, it's a necessity. 100 per cent. In all other countries it happens and here we make a bit more fun of the competition by having only three subs. That is really incredible, so we have to talk again."

For the semi-final second-leg and final, an additional opportunity will be afforded during open play in extra-time, not including at full-time half time in extra-time.

Unspent substitutions can be a carried over in extra time, and provision of concussion substitutes sits outside this process and can be made at any time.