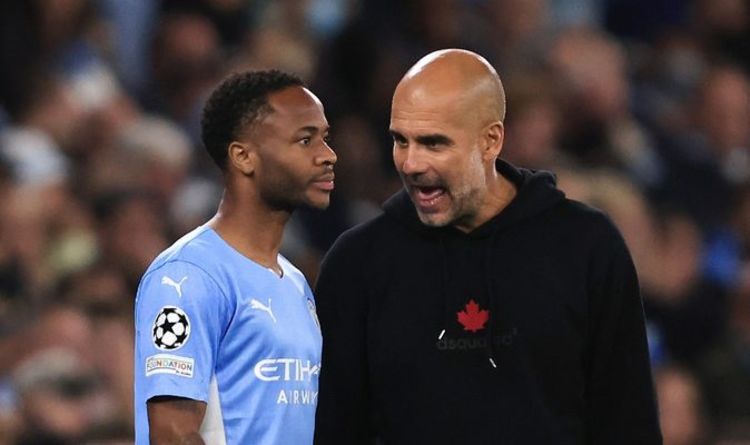 Pep Guardiola has broken his silence on Raheem Sterling being "open" to leaving Manchester City for a new challenge. Sterling confirmed earlier this week that he'd be interested in opportunities elsewhere if his game time doesn't improve at the Etihad Stadium.

The 26-year-old has revealed he has "dreamed" of playing overseas from a young age and could pursue it if he doesn't become a more prominent part of Guardiola's plans.

Sterling had made 170 Premier League starts across six seasons before 2021/22, averaging 28 starts each season.

But he has started just two of Man City's seven league outings this campaign, prompting uncertainty over his future.

The England international's contract expires in 2023, so City could look to cash in on him next summer if he's unsettled within Guardiola's squad.

In his press conference on Friday, Guardiola admitted he wasn't aware of Sterling's comments about a potential move abroad.

The City boss used Riyad Mahrez and Joao Cancelo as examples of players who 'don't complain' about their inconsistent minutes.

He told reporters: "I'm not involved in contract talks. The club decides.

"I didn't know [about Sterling's comments]. I didn't think the club knew. Raheem is our player.

"Hopefully, he will be an incredibly important player for us. I don't know if he wants to play more.