‘Keeping that hunger’: Raheem Sterling on criticism, racism and his future
The Guardian 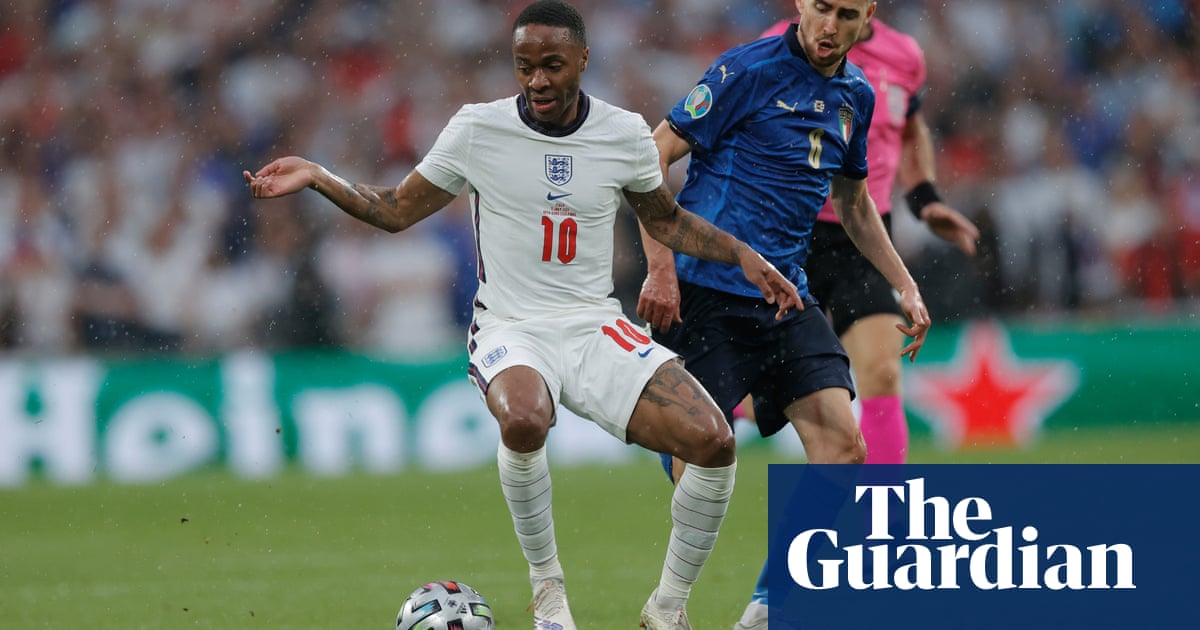 For a key to the glittering career of Raheem Sterling, which features three Premier League titles, four League Cups, the FA Cup and being voted into Uefa’s Euro 2020 team of the tournament, listen to what the Manchester City and England forward said on Thursday.

“To give me an edge, if there is a big game coming up, probably a little bit of criticism then try and spin it,” he said. “It’s one of my best traits – I mean [having] a challenge. Not necessarily something negative said but maybe somebody saying: ‘He’s not scored in a few games now,’ and I’ve got one coming up. Something like that.”

At City, where Pep Guardiola has demoted him to a squad player, and for England, when he went three years and 27 matches without scoring, this steel core has been evident. The England drought ended with two goals against Spain in a 3-2 win in 2018 and he went on to score another eight times in his next nine appearances. Yet entering the European Championship Sterling had lost his first-choice status at City. His response was to score the winners against Croatia and the Czech Republic and the opener in a 2-0 victory over Germany, ending as England’s standout performer.

Sterling, though, retains focus whether the opponent is of high or lower quality. He told the FT Business of Sport US Summit on Thursday: “You might have a Champions League game midweek against one of the biggest teams in Europe and then at the weekend you might have to travel to one of the teams in the relegation zone. It’s having that same will and desire … To win and want to win.

“In terms of mindset nothing changes. I know how I want to affect both games, whether it has [Lionel] Messi or whoever it is. Preparation, how are you sleeping and just trying to get all of the extra 1% that you can to be ready.”

Sterling’s self-possession is present in the leadership he shows regarding the racism directed at him, fellow footballers and those in wider society. After Jadon Sancho, Marcus Rashford and Bukayo Saka missed in England’s Euro 2020 penalty shootout final defeat, all suffered abuse.

Asked about this Sterling offers an eloquent response. “You come to work to do your utmost best, to try and win a football match and to step up and be counted, to take a penalty for your country. I don’t think a lot of people would understand the pressure.

“I do genuinely believe the boys were confident. No one likes to miss a penalty, but at the same time to have that confidence and belief in yourself knowing millions of people are watching you and then to be racially abused after trying your utmost best for your country, it’s disappointing.

“At the same time, my absolute concern was the wellbeing of my teammates. It’s a situation that builds character as well. These things happen in life and on the football field and I believe that eventually it will make us tougher, but again it’s something we are still talking about, it’s still happening.”

Sterling’s take is perceptive when asked for his thoughts on the comments his England colleague Tyrone Mings made about the home secretary, Priti Patel, after the final. “As you will probably have noticed I’ve taken a bit of a step back from talking about it [racism],” he said. “I’m trying to take more action within the limits that I can do, of how I can help.

“We can ask for help once, ask for help twice – I shouldn’t even say help: it should be a case that we see a situation happening and that should not be allowed to happen.

“If it were comments in regards to something else I think it would be taken a lot more seriously. I don’t think when racist abuse is mentioned it’s taken as seriously as maybe some other topics.”

Sterling is still only 26 and while he is open to a move away from City – maybe abroad – for more game time, retirement is already being planned for. “It’s something I do think about quite a bit,” he says. “I don’t want to play football, earn money and then just go with the wind and be in Jamaica somewhere. I want to say: ‘That’s something I’ve done and now it’s helping individuals to get out of situations I faced when I was younger.’”

He is launching a foundation to help underprivileged youngsters “chase their goals”. His own goal? “Trying to get better numbers than I did last season. Keeping that hunger. Keeping that in your stomach. That’s the only way you can get better.”